It is always something special when a single set of composers and lyricists come together for creating music for a film. This is the reason why one is quite hopeful about a consistent sound with composers Ajay-Atul pairing up with lyricist Amitabh Bhattacharya for the music of Karan Johar and Shashank Khaitan's Dhadak. 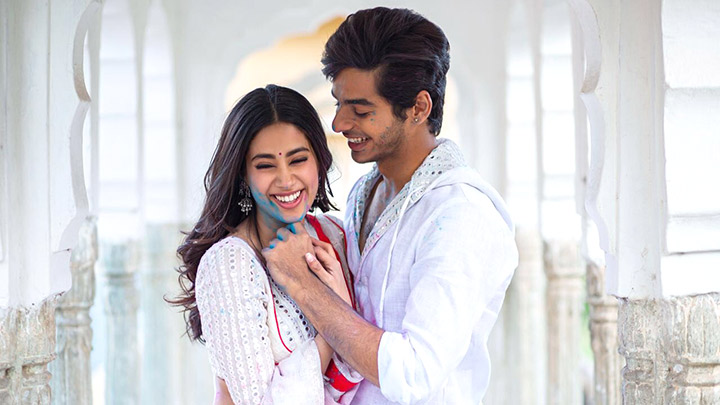 The effect is felt right at the beginning when the title song 'Dhadak' kick-starts with a rather grand sound to it. Ajay Gogavale & Shreya Ghoshal pair up for this romantic number that has poetic lyrics going in its favour. In the times of some quick fix music, it is good to see the kind of orchestra that Ajay-Atul put together for 'Dhadak' that has a heart rendering feel to it. A winner all the way.

The mood pretty much continues right into the next song as well, what with Ajay Gogavale going solo for 'Pehli Baar'. The essence of first love is described quite well in this romantic piece that yet again has an opera like feel to it which lends it a grand feel. Amitabh Bhattacharya's lyrics are simple and yet quite effective in this song that everyone in love, be it youngster or elderly, relate to it. This one grows well on you.

After a couple of romantic numbers, Ajay-Atul come up with a celebration dance number, 'Zingaat'. The song is already a huge chartbuster in Marathi and hence you can immediately relate to it when heard in the Hindi version. This time around composers Ajay-Atul pair up as singers too and create all the 'masti' and 'dhamaal'. The song has an infections feel around it that makes you tap the feet instantly. A success again.

Ajay Gogavale brings himself back as a singer for yet another solo, 'Vaara Re'. It is good to hear his voice all over again since it is different and very pleasant on ears. Moreover, he sings with a lot of heart in and that is what makes 'Vaara Re' a number that you can pretty much hear in loop. The mood created is pretty much on the same lines as 'Dhadak' and 'Pehli Baar', hence ensuring that there is a consistency factor.

Dhadak is a very good soundtrack and has the entire package of composition, writing and singing coming together. As a matter of fact one just wishes that there were a couple of more songs in there. This is a kind of album that grows on you after repeated hearing. If and when the film emerges successful, expect the songs to become all the more popular.