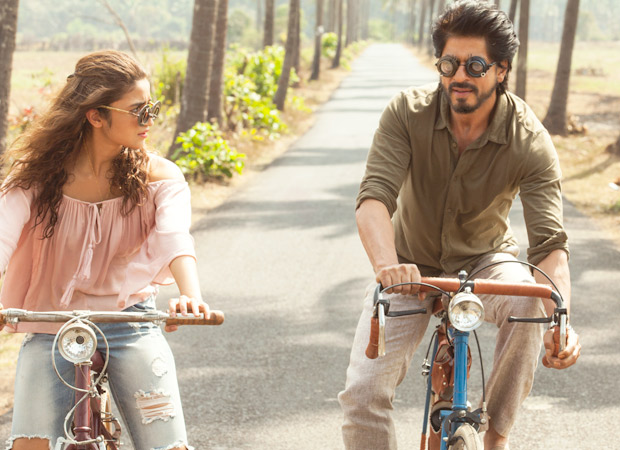 Though a couple of songs from Dear Zindagi have been on air for a while, surprisingly the entire soundtrack has been unveiled just a couple of days back. Considering the fact that the film is a biggie, one would have expected a much sooner arrival for the music which has composer Amit Trivedi and lyricist Kausar Munir at the helm of affairs.

Jasleen Royal has been making her presence felt of late and she does well yet again with the opening number of the album, 'Love You Zindagi'. A beautifully written and composed track, this one is sung quite well too, hence making it a complete package affair. While the start is fantastic, it is also the chorus portion that makes the song all the more special. Hear this one on a ride down the highway and you would fall in love with it. There is a 'club mix' version of the song too that has Alia Bhatt coming behind the mike. She does well too and gives a good account of herself as a singer. This is one double whammy that you like.

It is the sound of guitar that kick-starts the proceedings for 'Tu Hi Hai'. Just the kind of song that you would like to pick up when the name Arijit Singh appears on the credits, this one revels in simplicity and you wonder if it could well have made a straight entry into an Imtiaz Ali-Ranbir Kapoor film! With the kind of flow to it that makes you croon along as it plays, this one is for an evening with friends around a bonfire.

Guitar and Arijit Singh go hand in hand for 'Taarefon Se' as well, though this time around there is saxophone playing a vital role as well. With an old world feel to it, this one has a trademark Amit Trivedi stamp to it. One is almost transported to a stage where a live performance is on the way in a nice and cosy lounge with a candle light dinner in the offering. Though this one isn't the kind that emerges as a chartbuster, it should play on well with the film's narrative.

Remember 'O Pardesi' [Dev D]? Well, there is a similar vibe here too, at least in the beginning portions. Vishal Dadlani is the one behind the mike for 'Let's Break Up' which, as the title suggests, is about moving on in life when things aren't really working out in the lives of a couple. There was a 'Break Up song' heard very recently in Ae Dil Hai Mushkil too which was more on the peppy side with a 'desi' touch to it. This one is more Western in its theme and has its play restricted to the film's run.

Given the film's theme and treatment, it seems imperative that the central protagonist Alia Bhatt seems to be finding her way into finding out (or moving away from) love. This is evident in the next track too which has been titled 'Just Go To Hell Dil'. The song sees the arrival of Sunidhi Chauhan on the musical scene after some time and this time around it is the conversation with a 'dil' which is in the motions.

Last to arrive is the legendary track 'Ae Zindagi Gala Laga Le' from Sadma [Composer: Ilaiyaraaja, Lyricist: Gulzar] which has been recreated by Amit Trivedi. What seemed to be an exception till a year ago has now almost become a trend where practically every second film has a song from the past being recreated. While one waits to see whether this trend would continue in time to come as well, one wonders if originality would take a back seat eventually. That said, the original song in this case is thankfully not tampered with much in the Arijit Singh version and later the Alia Bhatt version doesn't sound odd either!

Dear Zindagi primarily has a series of situational songs that should sound good in the film's narrative. With half a dozen songs in there, one waits to see if they all feature in the film.

This is what Gauri Shinde regrets about Dear Zindagi

Watch: Alia Bhatt teaching manners to an elderly man in a deleted scene from Dear Zindagi

Watch: This deleted scene of Alia Bhatt on a date in Dear Zindagi shows how bizarre first dates can be