Last Updated 25.09.2022 | 9:48 PM IST
feedback language
follow us on
Bollywood Hungama » Movies » Movie Reviews » Coco (English) Movie Review: Coco is a beautiful coming of age film that tells the story of a young boy who follows his heart and understands what family means. A must watch!

Coco (English) Movie Review: Coco is a beautiful coming of age film that tells the story of a young boy who follows his heart and understands what family means. A must watch. 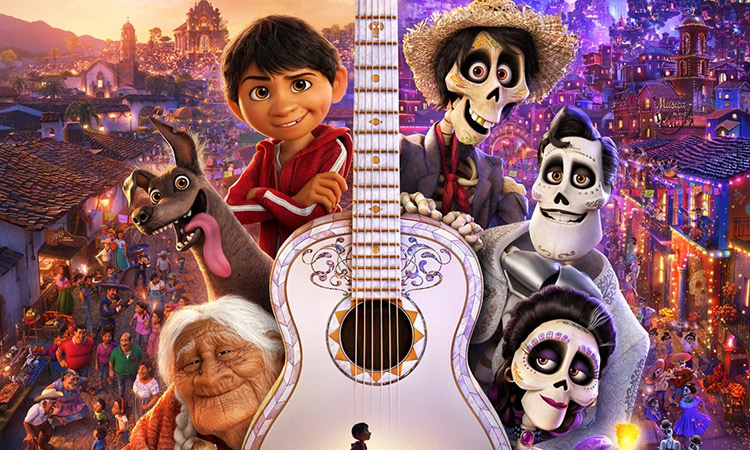 There are a number of things that go into making a movie entertaining for the viewers and eventually a box office success. While some have cracked this formula, there are others who struggle with it. However in the case of an animated film, the rules are different, as apart from the usual list of factors that work in favour of a film, there is a whole list of other aspects that help bring to life what the viewers sees on screen. This week’s release COCO falls squarely in this bracket of animated films that try to bring to life a make belief world while at the same time, entertain the viewer.

COCO that comes from the very capable animation farm Disney Pixar, comes pre-attached with expectations of past Disney – Pixar successes that have not just entertained us but have become films that will live on for a long time. But the question of the hour is, will Disney-Pixar’s latest celluloid marvel COCO, prove to be one among the few that have managed to enthral the audience or will it become just another animated reel that gets forgotten, is what we analyse.

Starting off, COCO follows the life of Miguel (Anthony Gonzalez), a young boy who finds his happiness in music. Though Miguel dreams of becoming an accomplished musician like his idol, Ernesto de la Cruz, his family’s generations-old ban on music proves to be quite a hindrance. Desperate to prove his talent, while at the same time keeping his family from finding out his love for music and eventually being hurt, Miguel sets out on a quest to fulfil his dream. Along the way, Miguel finds himself in the stunning and colorful ‘Land of the Dead’ following a mysterious chain of events, where he meets the charming trickster Hector. Together, Miguel and Hector set off on an extraordinary journey to unlock the real story behind Miguel's family history.

Being a film whose story revolves around one particular day, specifically Mexico’s Día de los Muertos or Day of the Dead, the director of COCO Lee Unkrich faced an uphill task of telling an entire story that spans generations in just a 24 hour time span. If that wasn’t enough, given the fact that the Mexican festival plays an integral part of the film’s story, the makers would also have to incorporate the nuances and culture of the land and people within the fabric of the film. Fortunately, Unkrich and his team have excelled in this department giving us a film that boasts of flawless research work about culture and traditions that does full justice to the Mexican festival where the living remember the dead.

Being an animated film, COCO relies on voiceovers and impeccable animation. Here again Unkrich and his team of animators have given us a sight to behold. With seamless animation and spot on voice overs by the cast, COCO comes to life in all the vibrant colours you would expect a festival to feature. Coupled with the animation and flawless research is an impeccable script that well intersperses light and emotionally heavy moments to take viewers on a ride they won’t forget. A special mention here needs to go to Adrian Molina and Matthew Aldrich who have done a stellar job with the screenplay, giving each character a depth and relatability that promptly establishes an emotional connect with viewers easily. However, adding a much greater dimension to the film (apart from its 3D aspect) is the music of the film. Michael Giacchino Excel's in developing the film’s score that lends COCO an extra facet that helps enthral the viewer.

On the whole, COCO is a beautiful coming of age film that tells the story of a young boy’s life in a small Mexican town, who follows his heart while coming to understand what family really means, the choices we make and the paths not taken. A well rounded Pixar offering that might just be its best till date, COCO is a well-crafted must watch for the young and old. At the Indian box office, the film will have to depend on word of mouth to grow.