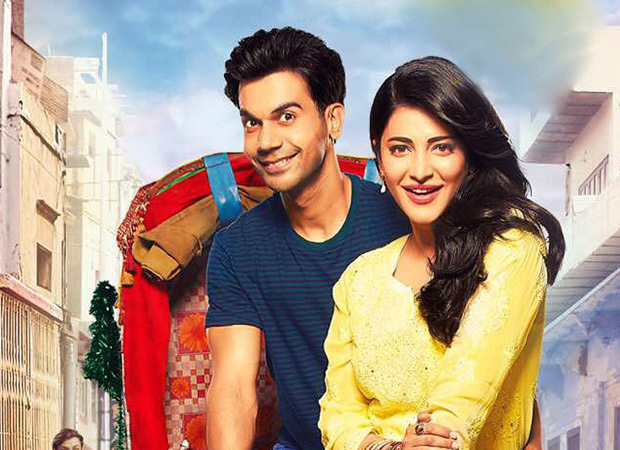 When the first track of Behen Hogi Teri, 'Jai Ma', was unveiled, one wasn't really sure of how would the entire soundtrack turn out to be. However, as the makers started unveiling one song after another, you realized that this one has melody at the core of it all.

The soundtrack of Behen Hogi Teri actually begins with a romantic number, 'Tera Hoke Rahoon'. A beautiful number that has everything going for it right from the music to lyrics and the singing, this one deserves to be played on loop for its sheer simplicity. Put together by JAM8 (an initiative by Pritam), this one has Kaushik-Akash-Guddu (KAG) as the composers. Newcomer Bipin Das does a good job as the lyricist while Arijit Singh is in very good form all over again behind the mike. A winner by all means, this one is for those who are truly in love and are remembering the ones in their heart.

'Jaanu Meri Jaan' from Shaan is recreated as 'Jaanu' for Behen Hogi Teri and the results are very good. Rest assured the song is set to be played in discotheques, clubs, marriages and festive occasions for rest of the year at the least. Rishi Rich is the man behind the recreation of this R.D. Burman and Anand Bakshi song and he does a rather good job. That said, while Shivi is extremely good as the female singer behind the mike, the voice of Juggy D is rather thin and you do miss the presence of Kishore Kumar and Mohammed Rafi who had made the song special. As for Raftaar, his rap does add well to the song's appeal. A winner!

Yash Narvekar does well as a composer for 'Teri Yaadon Mein' which turns out to be the third straight enjoyable number in the soundtrack. He writes lyrics too along with Amit Dhanani and then also chips in as a singer for this track which has Yasser Desai and Pawni Pandey leading the show as the prime singers behind the mike. A trendy track that has the right mix of melody, rhythm and catchy appeal, it is entertaining. Later the song also appears in a 'reprise version' and this time around Yash Narvekar leads the show with Sukriti Kakaar as his accompanying female partner. This one is an even more contemporary affair. Hit!

By this time you are truly entertained by the soundtrack of this Rajkummar Rao and Shruti Haasan film and hence look forward to what the next in line, 'Tenu Na Bol Pawaan', has to offer. Put together by composer duo Amjad-Nadeem, this Rohit Sharma written number is yet another beautiful track that has melody at the core of it. Singers Yasser Desai and Jyotica Tangri rules the proceedings that stay simple. However there is further surprise in store when Asees Kaur comes up with her 'reprise version'. This one turns out to be an even better listening experience and by the time it is through, you want to play it again.

Last to arrive is 'Jai Maa' which is based on the tune of 'Kaala Chashma' that has been ruling the charts for more than nine months now. It is a known trend up North where popular songs are converted into devotional numbers and this is what composer Jaidev Kumar and lyricist Sonu Saggu do for 'Jai Maa'. This isn't all as the team of singers, Sahil Solanki and Jyotica Tangri, do quite well to bring in the right zing to the proceedings. Add to that the rap portion by Parry G and you have a package affair in the offering which concludes Behen Hogi Teri on a high.

The music of Behen Hogi Teri is quite entertaining and exceeds expectations. While the songs should do well as a part of the film, at least a couple of these will go on to play for many more months to come even after the film is out of theatres.