Amidst her many girl-next-door roles, Anushka Sharma took us by a surprise when she not only signed Pari but also played the spooky character with aplomb! The actress played the role of a girl who is born between the death spirit Ifrit and a human in the film that consisted of gore and bloodshed as well as horror elements. In earlier reports it was being said that certain South filmmakers were fascinated by the story and wanted to remake it in Tamil. And now buzz is that Anushka Sharma may be a part of the film. 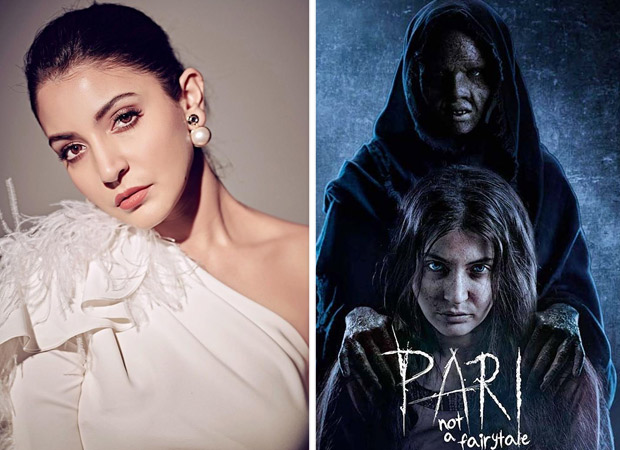 Will Anushka Sharma star in the Tamil remake of her horror film Pari?

Sources close to the actress claim that Anushka Sharma hasn’t signed on the dotted line for any project as of now. However, it is being said that this Tamil remake of Pari has indeed fascinated her and that she is considering it. However, it is yet to be seen if the actress will indeed make her acting debut in Tamil with this film or whether she will be coming on board as a producer. For the uninitiated, let us remind you that Anushka also produced the Hindi version of Pari under her banner Clean Slate Productions.

On the work front, Anushka Sharma is currently expected to have taken a break from movies. The actress has been completing her endorsement and other work commitments but has taken a break from shooting films after she had three releases last year. While she is also spending quality time with hubby Virat Kohli and accompanying him during his cricket matches etc., she is supposed to be making announcement on her forthcoming films soon. She was last seen in Zero last year alongside Shah Rukh Khan and Katrina Kaif.

Salaar: Prabhas starrer to release on…