Recently, young hero Nikhil Siddharth starrer Spy went on floors and from what we hear, the shoot is going on in full swing. Directed and edited by Garry BH and produced by K Raja Shekhar Reddy on Ed Entertainments with Charan Tej Uppalapati as CEO, the team is shooting high intense action sequences. 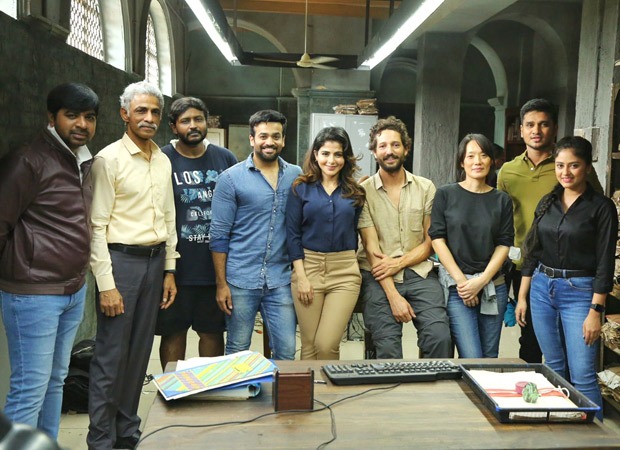 Considered to be one of the Nikhil Siddharth’s big budgeted films, the makers are leaving no stone unturned to create some adrenaline pumping action sequences for the film. Famous Bollywood cinematographer Keiko Nakahara, who was part of critically acclaimed films like Mary Kom, Shakunthala Devi, and Tanhaji, seems to have been roped in for the film. He is seen shooting the action blocks on the sets of the film along with Hollywood DOP Julian Amaru Estrada. Hollywood stunt director Lee Whitaker is said to be overseeing the action sequences. Bollywood actor Makrand Deshpande is participating in the shoot along with Abhinav Gomatam, actress Ishwarya Menon and Sanya Thakur.

The film’s kickass title poster that was unveiled recently generated enough interest. Spy marks the first Pan India release for Nikhil Siddharth who will be seen in a completely different avatar and character.

Producer K Raja Shekhar Reddy has provided a perfect story for this film, which is expected to be a complete action-packed spy thriller that is being made on a large scale. Sricharan Pakala renders soundtracks, while Arjun Surisetty handles art department, and Charantej Uppalapati is taking care of all the production.

Besides Nikhil, Abhinav, Ishwarya and Sanya, the film also stars Jisshu Sen Gupta, Nitin Mehta, Ravi Varma among others. The film is slated to release worldwide on Dasara, 2022 and it will release in Telugu, Hindi, Tamil, Kannada and Malayalam.