Venkatesh and Varun Tej together provided lots of entertainment with theatrical trailer of F3 which got massive response from all the corners. The songs of the movie too promised enough glamor dose. As comedy is not restricted for one section or particular age group, the Anil Ravipudi directorial will cater to all the audience who love to laugh. 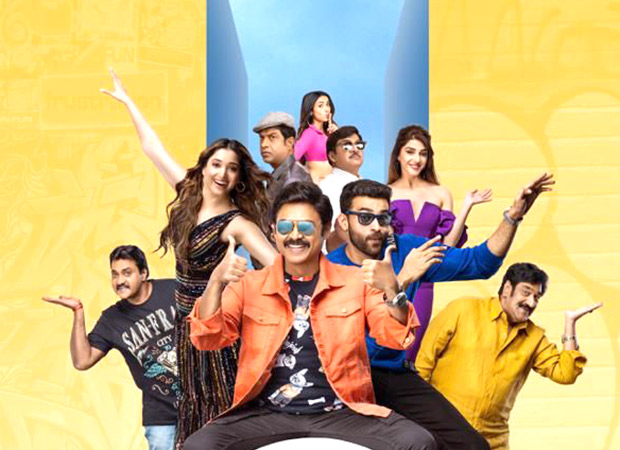 The film has completed all the formalities including censor and it received a clean U certificate with a final duration of 2 hours and 28 minutes. Anil Ravipudi took the best care in dealing with comedy with so many artists and every actor has scope to score. There will be unlimited fun throughout the movie.

Venkatesh and Varun Tej’s comic timing and their mannerisms will offer amusement. While Venky has a night blindness issue, Varun suffers from stammering. Tamannaah and Mehreen’s characters are also designed humorously. Sunil and Sonal Chauhan who are the latest addition will make their presence felt. There will be several surprises to be divulged in the second half. However, the twist in the pre-climax will surprise the viewers for sure.

Censor officials who enjoyed the movie thoroughly expressed their happiness for watching a clean and healthy entertainer after a long time.

Rockstar Devi Sri Prasad provided chartbuster album. While the first half of the movie has two songs, there will be two songs in the second half, including Pooja Hegde’s Party song.

With all the sky-high expectations, F3 produced by Shirish and presented by Dil Raju under Sri Venkateswara Creations will hit the screens worldwide on May 27th.

F3 is going to offer double the fun that of F2 and going by the reports much bigger blockbuster is on cards.

ALSO READ: F3 Trailer: We can see a glimpse of this Venkatesh, Varun Tej starrer on May 9