Recently the Internet was left shocked when Samantha revealed her struggle with the rare disease Myositis just a few days ahead of her much anticipated and awaited release, Yashoda. Known for her dedication and commitment, Samantha has carved her identity amongst the most celebrated and popular pan-India stars across the nation, the actress is even ranked as the number one actress all over India by a survey. 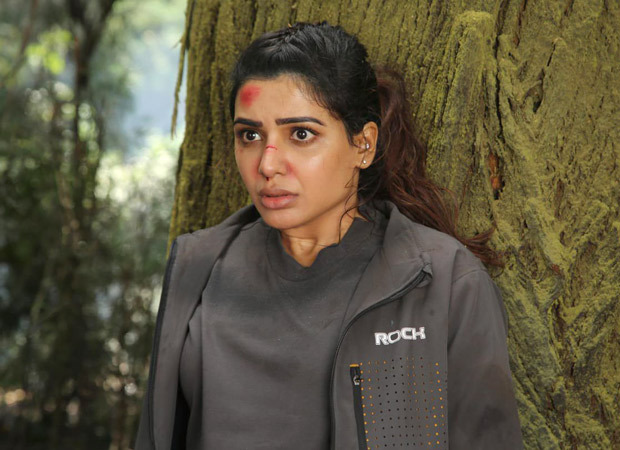 Samantha Ruth Prabhu opens up on shooting action sequences for Yashoda; says, “I never imagined I was meant to do action”

Looking forward to her upcoming film Yashoda, Samantha unveils her action adventures backed by a power-packed and intriguing concept and story. Playing a surrogate mother unraveling the secrets of the corrupt medical world, Samantha put up a promising stint with the teaser and trailer of Yashoda.

Earlier showcasing glimpses of her action avatar in The Family Man, Samantha made her first pan-India appearance through the show, which earned her immense accolades and appreciation. With Yashoda, Samantha is collaborating with Yannick Ben for the second time, after their first association for The Family Man, recently the stunt choreographer heaped praises on the leading lady for her dedication and devotion.

Samantha says, "The most challenging part of shooting for Yashoda was the action sequences. I really enjoy doing action even though I never imagined I was meant to do action, but it is quite surprising and the love for the genre has been a revelation for me. Although it is gruesome, it offers a great adrenaline rush and there is a great sense of accomplishment to perform the stunts. I am also thankful to our action director Yannick, who has been a great guide and mentor to me. I think the action has turned out to be pretty cool and something to look forward to in Yashoda."

The action style in Yashoda has a mix of varied forms. The combination of fighting is a little bit of boxing, kickboxing, and some projection in judo, Brazilian jujitsu, and a mix of MMA.

After The Family Man,  Samantha's popularity further soared with the humongous success of her song 'O Antava', making her one of the biggest pan-India female Superstars in India. Marking the biggest pan-India female-centric release, Yashoda is a multi-lingual film, shot in Tamil and Telugu, as well as dubbed in release for Hindi, Kannada, and Malayalam, making the action-flick Samantha's first-ever Hindi theatrical release.

Mounted on a large scale with a lavish budget, the makers of Yashoda have opted for the best technical team with remarkable performers. Besides Samantha, popular actress Varalaxmi Sarathkumar, Unni Mukundan, Rao Ramesh, Murali Sharma, Sampath Raj, Shatru, Madhurima, Kalpika Ganesh, Divya Sripada, Priyanka Sharma, and others play crucial roles. With Mani Sharma for music, M Sukumar for cinematography, and Marthand K Venkatesh as the editor, Yashoda is leaving no stone unturned to impress the audience.

Directed by Hari and Harish, Yashoda is produced by Sivalenka Krishna Prasad under the banner of Sridevi Movies and is set to release on November 11, 2022.