South sensation Samantha Ruth Prabhu recently made headlines after revealing that she has been diagnosed with an autoimmune condition called 'myositis'. As soon as the actress shared the update about her health, wishes and prayers for her speedy recovery started pouring in. And now, after sharing a couple of posts to promote her upcoming film Yashoda, the actress has dropped a multi-picture post with an inspirational caption. 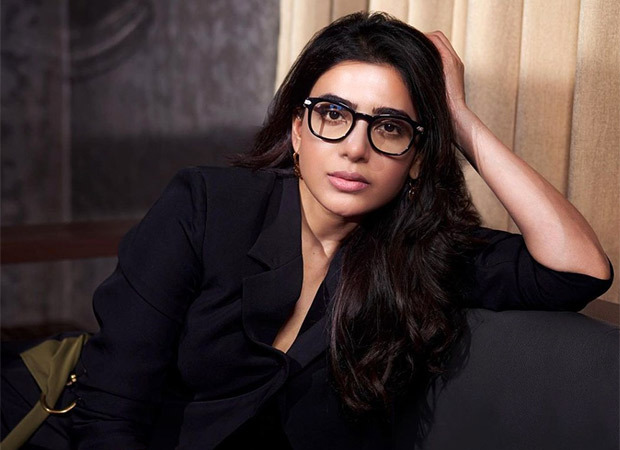 In the photos, Samantha can be seen sporting an all-black avatar while wearing glasses. In her thoughtful caption, the actress expressed her determination to power through her illness. Her write-up read, “Like my good friend @raj.nidimoru says, no matter what the day is like and how shitty things are, his motto is to Shower, Shave Show up !! I borrowed it for a day ♥️ For #yashodathemovie promotions ..see you on the 11th.”

Celebrities and fans expressed their appreciation for her post by sending her heartfelt get well soon messages. One user praised her as the "eternal queen" of the film industry. She also posted an Instagram story in which she discussed how life can be both sunny and rainy. “When I am lost in a storm, it's hard to understand... God has a reason, God has a plan,” said the message, which was accompanied by a child's artwork of the good and bad aspects of life.

For the unversed, on October 29, the Super Delux actress had shared a post to inform her fans about her illness. “Your response to the Yashodha Trailer was overwhelming. It is this love and connection that I share with all of you, that gives me the strength to deal with the seemingly unending challenges that life throws at me. A few months back I was diagnosed with an autoimmune condition called Myositis,” wrote an excerpt of her caption.