Last Updated 11.08.2022 | 11:23 PM IST
feedback language
follow us on
Bollywood Hungama » News » South Cinema » Samantha Akkineni just REVEALED that this is what she thinks about her Bollywood debut!

From Keerthy Suresh to Nithya Menen, many actresses are entering the world of Bollywood. Samantha Akkineni, who has become one of the most popular actresses down South, was recently quizzed whether she plans to enter the commercial Hindi cinema space. After Super Deluxe and Majili, the actress is gearing up for the release in Oh! Baby that is a remake of the Korean film Miss Granny! 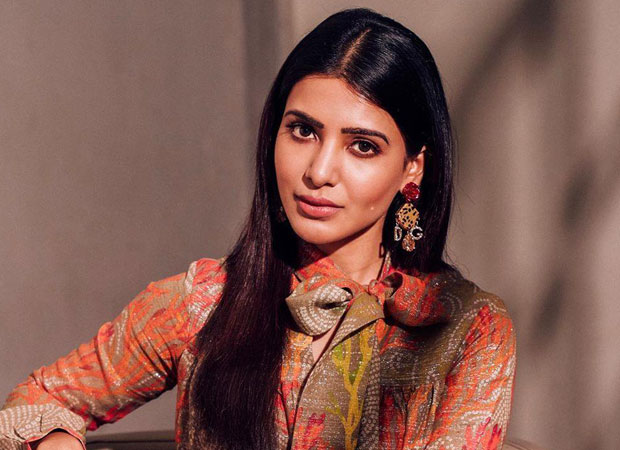 Samantha Akkineni just REVEALED that this is what she thinks about her Bollywood debut!

Samantha Akkineni, in a recent report, spoke about her feelings about Bollywood. Considering the current influx of Bollywood and South cinema, the actress was quizzed if she would make her debut soon and the actress asserted that she would never do it. Reason being? Samantha maintained that she has born in Chennai and loves the fact that she is from the South of the South. She also thinks that she has just started to learn about her own culture and people and what is it that they like to watch. She believes that she is still in the figuring out stage when it comes to her audiences!

On the other hand, Samantha asserted that she has no idea about Bollywood and that it is an alien world where she would completely drown. She doesn’t believe in stepping into a new industry until she feels like she has more to give to the South cinema industry.

Samantha Akkineni recently enjoyed back to back successes with Majili where she featured opposite her real life husband Naga Chaitanya as well as Super Deluxe alongside Vijay Sethupathi. Known for some powerful performances, her fans are now eagerly awaiting the release of Oh! Baby that also stars Naga Shaurya, Lakshmi, Rao Ramesh in prominent roles.

Also Read: Samantha Akkineni starrer Oh! Baby is all set to release on THIS date!