The fun fantasy drama Oh! Baby starring none other than Samantha Akkineni has finally got a release date. The film was already wrapped up in March but the makers were yet to lock in on a date for the same to hit the big screens. In a recent statement, the release date of the film has been finalized as July 5. 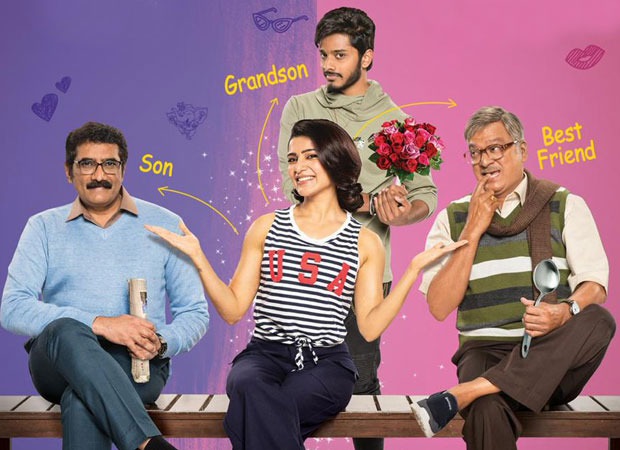 Samantha Akkineni starrer Oh! Baby is all set to release on THIS date!

For the uninitiated, Oh! Baby is a remake of the Korean film Miss Granny, a comedy of errors when the spirit of a 70 year old woman enters the body of 20 year old woman. The latter will be essayed by Samantha Akkineni aka Samantha Ruth Prabhu. The process for the film kicked off in December last year and the shooting was completed in March this year.

Directed by B.V. Nandini Reddy, Oh! Baby also stars Lakshmi, Naga Shaurya, Snigdha, and Ramesh Rao amongst others. The film is produced by Suresh Babu, and Sunita Tati amongst others. It was earlier revealed that Yentha Sakkagunnave was the tagline for the film which actually has a Rangasthalam connect. It described the beauty of Samantha from her earlier film.

Lakshmi plays the role of the older woman in this film along with Naga Shaurya playing her grandson and Ramesh Rao playing her son. It is Lakshmi’s soul that will be entering Samantha’s body causing all the confusion! With music composed by Mickey J Meyer, it is being said that Samantha had earlier stated that this is one of the movies of her career.