Last Updated 04.02.2023 | 5:30 PM IST
feedback language
follow us on
Bollywood Hungama » News » South Cinema » Rajinikanth to be directed by daughter Soundarya for his next; signs two films with Lyca Productions

Rajinikanth, who was recently seen celebrating Diwali with daughter Aishwarya, has an interesting surprise for his fans. This festive season, it has been announced that the actor will be continuing his association with Lyca Productions as the megastar has signed two films with the said production house. In fact, it is also being said that one of the films will be directed by his other daughter Soundarya. 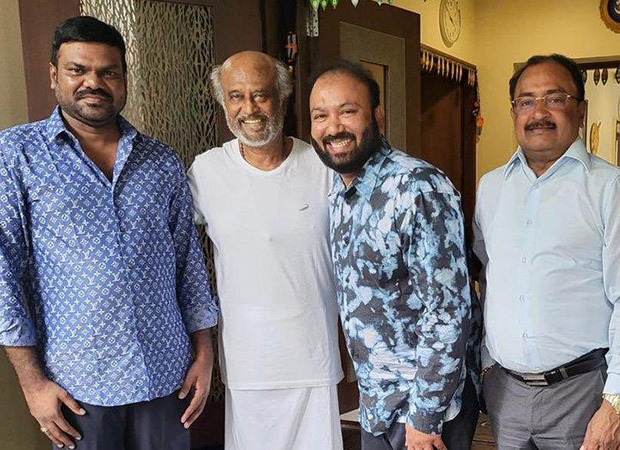 Rajinikanth to be directed by daughter Soundarya for his next; signs two films with Lyca Productions

Soundarya Rajinikanth, who delivered her second son a couple of months ago, is all set to return to filmmaking with one of these Lyca Production films. On the other hand, talking about the other film, it will be directed by Cibi Chakravarthy. Although the details of these upcoming projects is yet to be revealed, the films are currently being referred as Thalaivar 170 and Thalaivar 171. Interestingly, this collaboration of Rajinikanth with Lyca Productions is expected to be their third and fourth project together. Announcing this good news on social media, the production house shared a photo of the team along with the megastar on their official Instagram page.

#Thalaivar @rajinikanth Signed two films with LYCA PRODUCTIONS ,Pooja For the Both films will happen on NOV 5 in Chennai! ????????

The said photo featured Head of Lyca Productions, Tamilkumaran, Chairman of Lyca Subaskaran, and Deputy Chairman Premsivasamy. The announcement was made on social media and it is also being said the pooja for these two films will be held on November 5 in Chennai.

As for the other projects, Rajinikanth is currently busy with the Nelson Dilipkumar directorial Jailer that also stars Shiva Rajkumar. On the other hand, Lyca Productions too has some interesting films in hand which includes Ponniyin Selvan 2 that will release in the second half of 2023, Kamal Haasan, Kajal Aggarwal, Rakul Preet Singh starrer Indian 2 among others.