Touted to be one of the most intriguing projects of the year, Mammootty’s Rorschach is all geared up for a big release on October 7. The Malayalam superstar will be portraying a never-seen-before character in this movie and that seems to be garnering quite a bit of attention from audiences. Coming to the film, Rorschach is an action thriller that is directed by Nisam Basheer. Produced by Mammootty himself under the banner Mammootty Kampany, the film will be distributed by Dulquer Salmaan’s Wayfarer films in Kerala whereas Truth Global Films have bagged the overseas rights for the same. 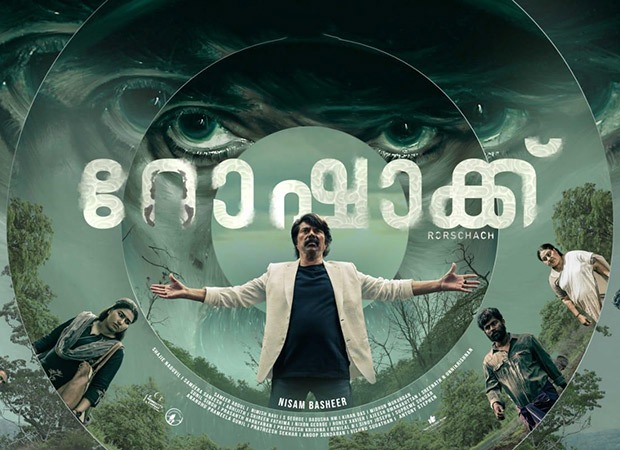 Mammootty starrer Rorschach to have a grand release on October 7

Being termed as an ‘extreme thriller’ with a layered plot, the movie will have Mammootty playing the role of Luke Anthony who has a mysterious past and is out on a mission to seek revenge from someone who has destroyed him deeply. A source close to the film said, “The moviegoers are excited to see Mammooty in a spine-chilling avatar as he gears up to deal with his 'prey'. The intensity in his eyes is hard to miss. Rorschach will be Nisam Basheer’s second directorial venture after the Asif Ali-led romantic drama, Kettyolaanu Ente Malakha. The genre is different for him too.”

Speaking about the film, besides the Malayalam superstar, the cast also includes Sharafudheen, Jagadish, Grace Antony, Bindu Panicker, Sanju Sivaram, Kottayam Nazeer, Babu Anoor, Mani Shornur, among others, who will be seen in pivotal roles. Sameer Abdul, who had penned movies like Adventures of Omanakkuttan Iblis, has written the script for Rorschach. Nimish Ravi and Kiran Das serve as the cinematographer and editor, respectively. The music is composed by Midhun Mukundan. While Dussehra will be celebrated on October 5, Rorschach will release on Friday, right after Navratri, on October 7.