The much-awaited teaser of Prabhas starrer Adipurush was unveiled for the audience on Sunday on a grand scale. The film, starring Kriti Sanon, Saif Ali Khan and Sunny Singh, is based on Ramayana. The teaser was released on the banks of the Sarayu in one of the most sacred cities in the world, Ayodhya. Present at the event were actors Prabhas and Kriti Sanon along with director Om Raut and producer Bhushan Kumar. Now, it is reported that Prabhas will burn a lifesize effigy of Ravana in the Ramlila at the Lal Qila Ground in New Delhi. At the event, the superstar will be seen along with President Droupadi Murmu and Delhi Chief Minister Arvind Kejriwal. 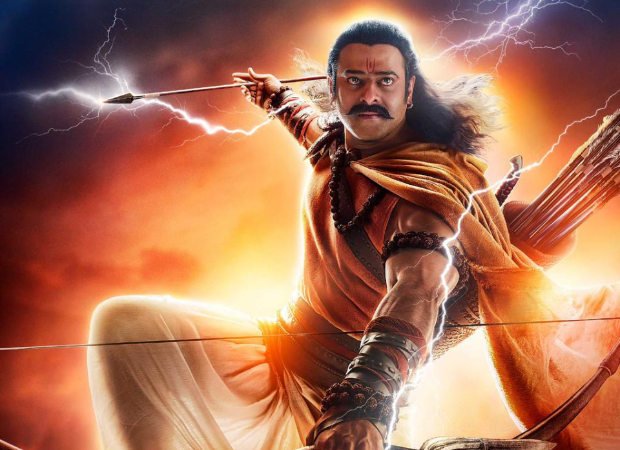 According to IANS, Arjun Kumar, Lav Kush Ramlila Committee Secretary, said, "Prabhas played Lord Rama in Adipurush and thus we thought to invite him as a chief guest along with the President of India and the Delhi Chief Minister. All three will shoot the arrows to kill Ravana in Ramlila." The Ramlila is happening after a couple of years in Delhi, and hence, the committee wanted to do it on a grand scale. For two years we couldn't organise Ramlila because of Covid but this year we thought to do it on a large scale so that more people can come and watch it. Thus, we involved about 22 celebs, and they all became part of our Ramlila. And this is also one of the main reasons to invite Prabhas as a guest.”

The film is based on Ramayana, showcasing the triumph of good over evil. Prabhas plays the role of Lord Raghava or Lord Ram in the movie. At the event, the actor said, “We are here to take Lord Ram’s blessings for Adipurush. I was really frightened to do this character. I called up Om after three days and said if I make some mistake… With a lot of love, respect and fear we did this film. May Lord Ram bless us.”

When asked what qualities he would like to imbibe from his character, Prabhas said, “Dedication, loyalty, and discipline.”

Produced by T-Series Films and Retrophiles, the film features Prabhas as Lord Ram, while Kriti plays the role of Janaki (Sita). It also stars Saif Ali Khan as Lankesh and Sunny Singh as Lakshman. Adipurush is slated to release on January 12, 2023, in IMAX and 3D. It will release in Hindi, Tamil, Telugu, Kannada, and Malayalam in theatres.