Last Updated 29.01.2023 | 9:22 PM IST
feedback language
follow us on
Bollywood Hungama » News » South Cinema » Kamal Haasan confirms next part of Lokesh Kanagaraj’s Vikram will see a face off between him and Suriya; watch

Its been raining praises for the team of Vikram amidst the release of the film. The audiences are in complete awe of his performance, fans are showcasing a lot of love for his power pact avatar in Vikram. Directed by Lokesh Kanagaraj, the pan-India film has taken the box office by storm. The film also stars Vijay Sethupathi, Fahadh Faasil, Narain, and Chemban Vinod. Suriya had a cameo in the film which was heavily appreciated. 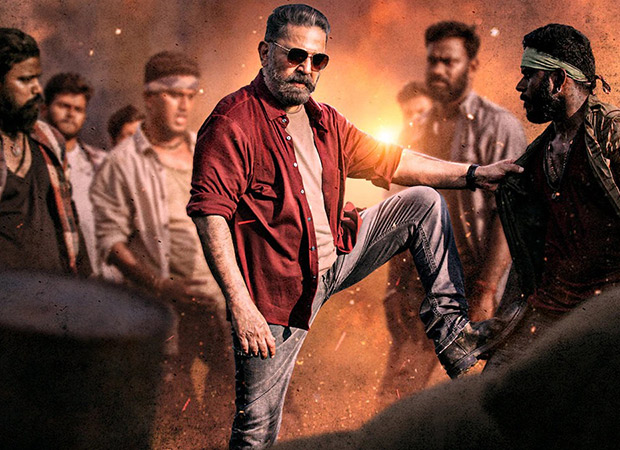 Kamal Haasan confirms next part of Lokesh Kanagaraj’s Vikram will see a face off between him and Suriya; watch

On Tuesday, Kamal Haasan took to social media and gave a very sweet and touching message to all his fans who have supported him throughout his acting journey. He added, “I breathe Cinema.” On behalf of Raj Kamal Films International, the actor thanked each and everyone associated with the film and especially the audience who made this film a huge success. The superstar shared a video message in Hindi, Tamil, Telugu, and Malayalam languages. While he did not mention anything about the next part of Vikram, he mentioned the same in his video message in other languages. The actor confirmed that the film will be taken forward creating a Lokesh Kanagraj universe. The next part will see more of Suriya along with him, the actor confirmed.

ALSO READ: Vikram Box Office: Here is how the Kamal Haasan film has performed in overseas markets in its opening weekend