Earlier this month, fans of Prabhas were in for a treat as they got their first sneak peek into the much awaited Saaho, which is the next release of the superstar after the massive success of the Baahubali series. Invariantly, comparisons were drawn between the two big budget films. However, we also know that the two films belong to completely different backdrops and setups. While Baahubali was the story of an empire set up in a different era, the Shraddha Kapoor starrer is a contemporary and sleek action drama. Hence, Sujeeth asserts that the two films are quite diverse! 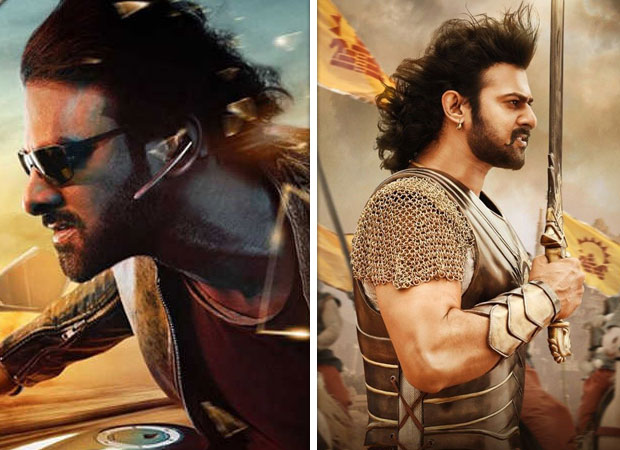 In recent reports, Saaho director Sujeeth spoke about the film wherein he addressed the high expectations attached to the film post the success of Baahubali. The director firstly stated that Rajamouli sir [who directed both the instalments of Baahubali] is a legend. So he feels quite humbled to be compared to him. Furthermore, he also mentioned about how some feel that he isn’t equipped to direct a superstar like Prabhas especially after the Baahubali fame. Speaking on that, he maintained that he doesn’t want to say anything and would rather let the audience decide when the film releases if he has done his job properly or not. Sujeeth also added that he was only able to make the film because the faith that Prabhas had in him.

Furthermore, Sujeeth also spoke about the varied genres both the films belong to! He described Saaho as an action romance whereas Baahubali was a historical film. As for the fame, the director believes that it is an unfair pressure that is being put on him as well as Prabhas. He instated that a mega blockbuster like Baahubali only happens once in a lifetime and that no director plans the success of a film on that level. Hence, he calls these comparisons as premature and unreasonable.

Coming to the film, Saaho also has an extensive Bollywood star cast. Besides Shraddha Kapoor, Jackie Shroff, Mahesh Manjrekar, Neil Nitin Mukesh, Mandira Bedi amongst others are a part of the film too. It is slated to hit the theaters on India’s Independence Day, that is, on August 15.

Also Read: Saaho: Prabhas and Shraddha Kapoor are enjoying the snow-capped locations of Austria and these photos are PROOF!