Maharshi actor Mahesh Babu is a devout cricket fan just like every other person in India, so much so that he made sure to stop by Oval ground in England to support our boys in blue while on a family vacation. The superstar also caught the India vs Australia match and while on a cricket watching spree, he uploaded a picture of him on Instagram with the West Indies cricket legend Sir Andy Roberts with utmost excitement! 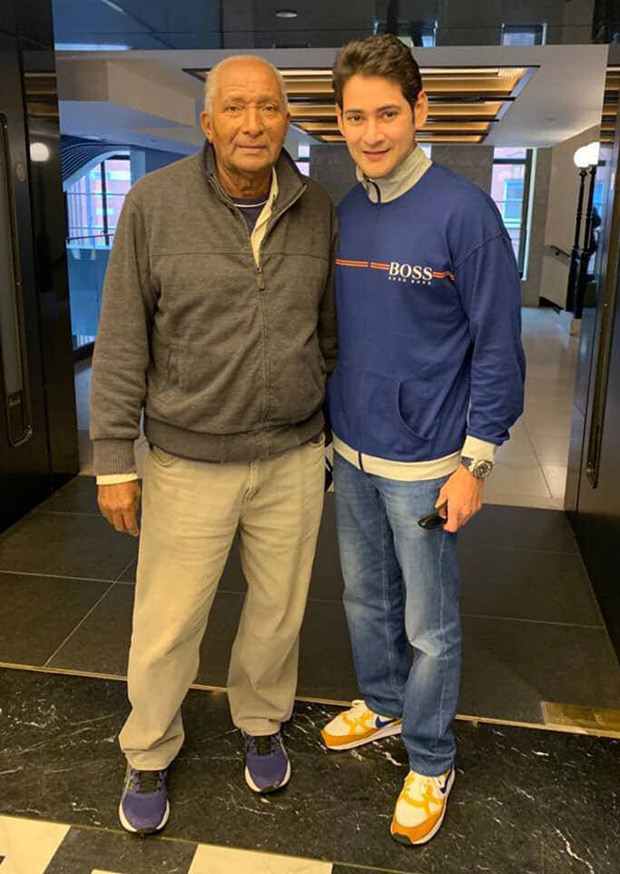 Mahesh Babu, who is riding high on the success of his recent release, took to Instagram to share a picture of him and Andy Roberts with the caption, "With the legend himself... Andy Roberts... huge fanboy moment."

Mahesh Babu has been travelling across Europe for the last two weeks and has been sharing his journey and keeping his fans engaged with his social media updates. He took a well-deserved vacation with his family after the 25th movie of his career, Maharshi turned out to be a box office success.

After garnering a heartwarming response from the fans for his classic hit Bharat Aenu Nenu for his role of the Chief Minister, Mahesh Babu made his fans believe more on if he was a real character from the film. Following so, now with Maharshi, the actor is receiving immense response from his fans.

With the humongous worldwide success of his 25th release Maharshi, Mahesh Babu announced the next film of his career, Sarileru Neekevvaru on the occasion of his legendary father Krishna's birthday. The film is all set to release on Sankranti 2020, making the occasion even more celebratory for the fans.