Ever since the makers of Dil Bechara announced the release date, the news has taken the internet by storm. The film will be directly released on Disney+ Hotstar on July 24, 2020. Meanwhile, Sushant's former co-stars and friends Rajkummar Rao, Bhumi Pednekar, Sharad Kelkar, Manish Paul and Niddhi Agerwal took to their Instagram accounts and shared the poster of Dil Bechara with a heart emoji. 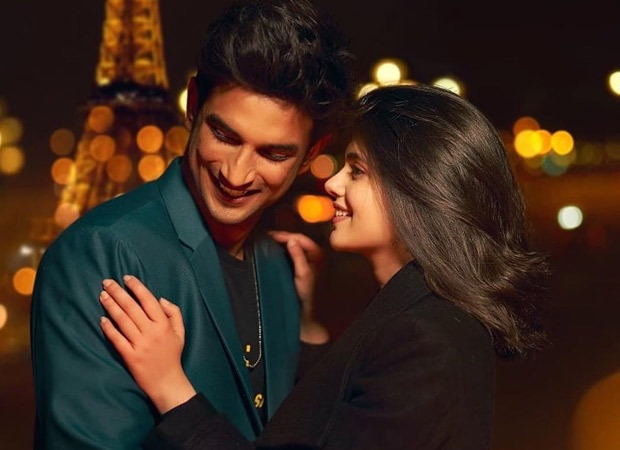 Kartik Aaryan too shared the poster with the heart-melting caption, “Fault in our stars”. Also, former actress and Cabinet Minister Smriti Irani shared the poster on her IG story and Arshad Warsi retweeted director Mukesh Chhabra's tweet and said, “Wish you and Sushant all the success in the world buddy. Sushant will always be alive and smiling in our hearts...”

Fault in our stars ???? pic.twitter.com/w9EPyhL1Po

Wish you and Sushant all the success in the world buddy. Sushant will always be alive and smiling in our hearts... https://t.co/9kM2Mhdwo0

Dil Bechara is the official remake of 2014 Hollywood romantic drama The Fault in our Stars based on John Green’s popular novel of the same name. Mukesh Chhabra makes his directorial debut with this movie, with Hindi adaptation by Shashank Khaitan and Suprotim Sengupta.

Dil Bechara will see late Sushant Singh Rajput in a leading role alongside debutante Sanjana Sanghi, and Saif Ali Khan in an interesting cameo. With a soulful musical rendition, music composer AR Rahman and lyricist Amitabh Bhattacharya bring to life the many emotions of this story. Dil Bechara is the story of Kizie Basu and Immanuel Rajkumar Junior or Manny and explores the funny, thrilling, and tragic adventure of being alive and in love. Together Kizie and Manny embark on an on-off-up-down-sad and sweet profound journey into the heart of that crazy little thing called life. It teaches them what it means to feel truly alive and fall in love.