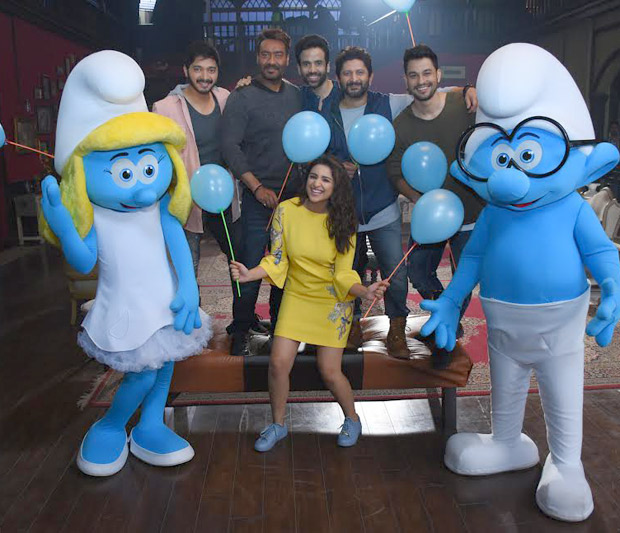 Almost everyone in the world simply adores all the characters of the 2011 Hollywood 3D film The Smurfs. For the uninitiated, The Smurfs happens to be an animated comedy film which is loosely based on ‘The Smurfs’ comic book series. The extremely loveable and adorable characters of the film have been declared as ‘Brand Ambassadors Of Happiness’ by the UN.

Recently, on the occasion of ‘International Happiness Day’, the Smurfs gang (Brainy Smurf and Smurfette) visited the sets of Golmaal Again to share some joy and smiles with the lovely and lively members of ‘Team Golmaal’. If the happiness and the smiles of the faces of the cast and crew of Golmaal Again is anything to go by, then, one does feel that the Smurfs were successful in their mission of spreading happiness. Besides interacting with the team of Golmaal Again, the Smurfs also bestowed the ‘Golmaal’ team as the ‘Happiest In Bollywood’. 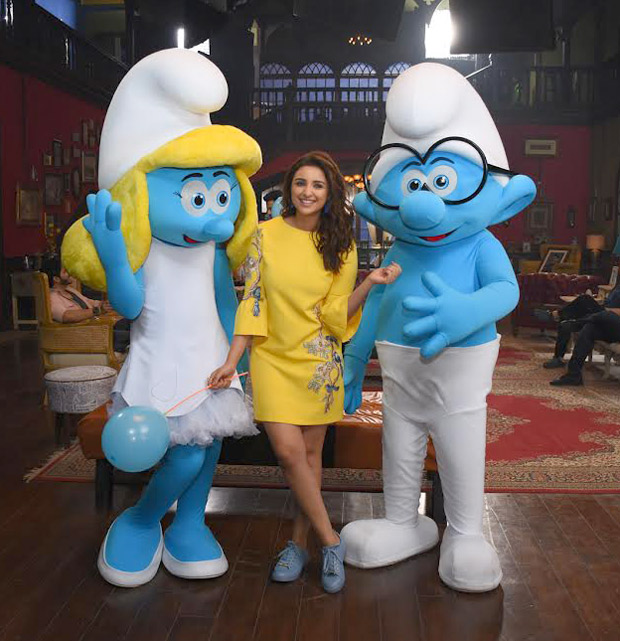 Speaking about Golmaal Again, the film stars Ajay Devgn, Parineeti Chopra, Arshad Warsi, Tusshar Kapoor, Kunal Khemu, Shreyas Talpade, Neil Nitin Mukesh and Tabu. The film, which is being directed by Rohit Shetty, is scheduled for a Diwali 2017 release. On the other hand,