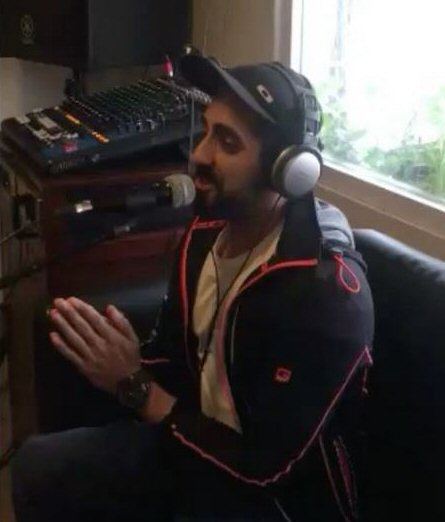 While his debut film grabbed eyeballs and awards, his music was equally enthralling. Ayushmann Khurrana was one of the rare actors-singers who received awards for both acting and singing in the same year. The actor continued pursuing his love for music with playback, unplugged versions of songs as well as singles and now is all set for a gig in Goa.

After the completion of the promotions of his film Shubh Mangal Saavdhan which has been doing quite well in theatres, Ayushmann Khurrana now gears up to fulfill the role of a singer. Sharing details about the same on social media, the actor-singer revealed that audiences can watch out for his next gig, a corporate one in Goa where he will be singing the song ‘Kanha’ from his film Shubh Mangal Saavdhan which featured him opposite Bhumi Pednekar.

In fact, the actor gave a sneak peek into his singing skills as he was seen jamming with his band Ayushmann Bhava and posted the video on Instagram saying, “Jamming #Kanha with my band @ayushmannbhava. This will be performed Live in a corporate gig in #Goa tomorrow. #gig #music #shubhMangalSaavdhan.”

As for his forthcoming films, Ayushmann Khurrana will be seen in an unconventional role in the Sriram Raghavan film Shoot The Piano Player. It also features Tabu as the leading lady.