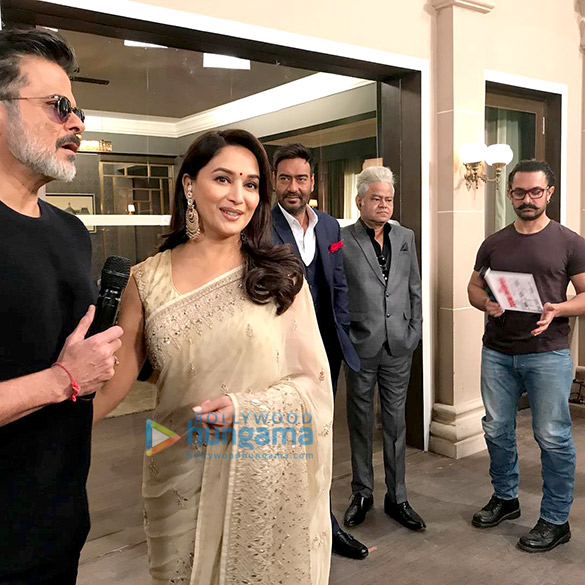 Indra Kumar delivered a huge hit in 2013 in the form of the sex comedy Grand Masti. But then he followed it up with a dud – Super Nani, starring Rekha and Sharman Joshi. In 2016, he delivered a colossal disaster – Great Grand Masti. The film didn’t impress audiences thanks to its vulgar and objectionable content. And moreover, it got leaked 2 weeks before the release, prompting the makers to overnight advance the release by a week. 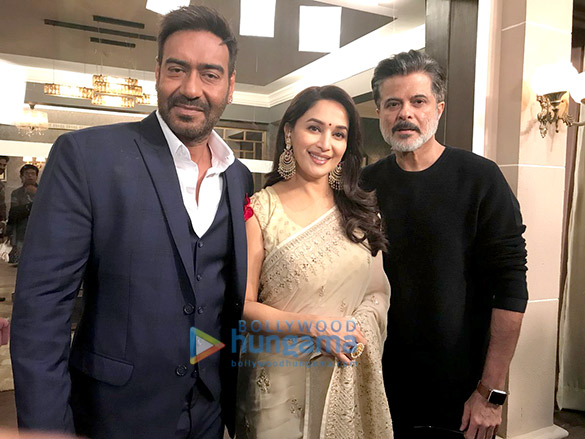 But now things seem to be getting better for Indra Kumar. For his next film – Total Dhamaal – he has managed to do a casting coup of sorts. He has brought on board Madhuri Dixit, who has become very choosy about films after marriage. Moreover, Anil Kapoor is paired opposite her and both have appeared in many memorable films together. Ajay Devgn, one of the most bankable stars who even delivered a Rs. 200 crore grosser last year, Golmaal Again, is one of the leading actors. The other Dhamaal regulars – Arshad Warsi, Riteish Deshmukh, Jaaved Jaaferi and Ashish Chowdhry – have also been retained. Additionally, Boman Irani, Sanjay Mishra, Vijay Patkar and Niharica Raizada have joined the star cast. 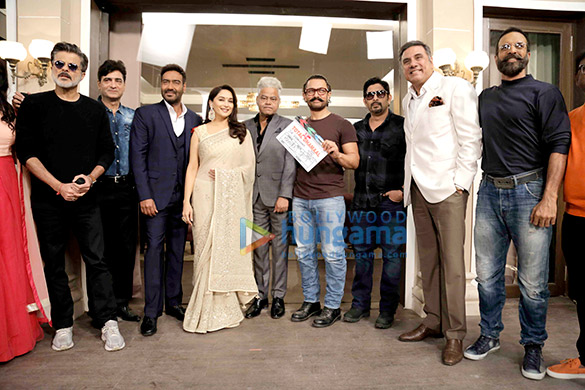 Today, the mahurat of the film took place in a traditional fashion in Mumbai and its pictures have come out that have upped the excitement. Aamir Khan, who has worked with Indra Kumar in Dil and Beta, turned clapper boy and gave the clap for the first shot of the film. Madhuri Dixit looks ravishing in the saree while Ajay Devgn looks dapper in the suit. Anil Kapoor has retains his grey bearded look for Total Dhamaal as well. Even Boman Irani and Sanjay Mishra are wearing suits and look quite presentable. Arshad Warsi and Vijay Patkar also can be seen posing happily with the rest of the team. 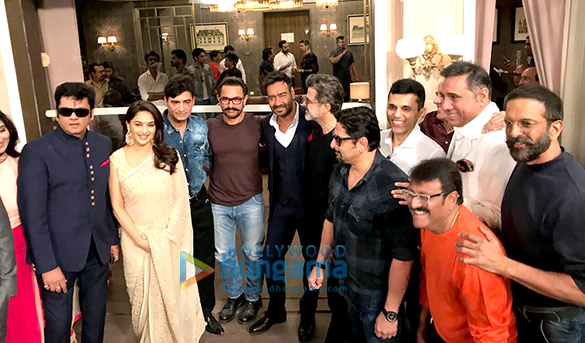 Total Dhamaal is co-produced by Ajay Devgn and Fox Star Studios and both of them are collaborating after Bol Bachchan that released in 2012. The film releases on December 7, 2018 and it is the third part in the Dhamaal franchise. The first film released in 2007 and was a huge success. Double Dhamaal, released in 2011, also managed to score well at the box office. 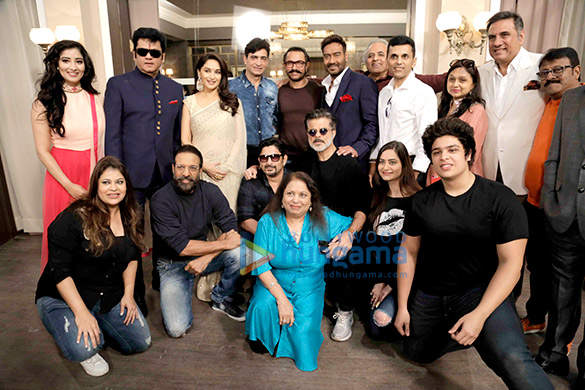 Nora Fatehi pays an ode to her idol Madhuri…