Tiger Shroff may be a busy actor but he always makes time for his dance videos. The actor is very passionate about dancing and often likes to learn new choreographies. Time and again, Tiger Shroff has admitted that his inspiration and idol has been Hrithik Roshan who himself is known for his dancing skills since his debut film. His smooth and slick moves are un-missable. As Hrithik is celebrating his 45th birthday, Tiger has a special surprise for him. 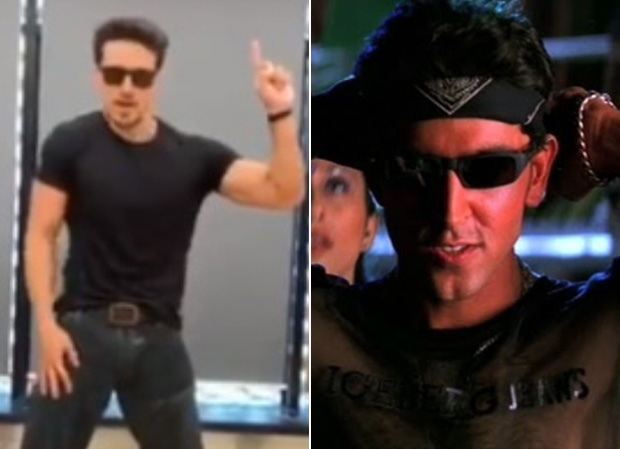 Tiger Shroff, this morning, shared a video in which he recreated Hrithik Roshan's debut film Kaho Naa Pyaar Hai's hit number, 'Ek Pal Ka Jeena'. Dressed in all black attire just like Hrithik in the song, his mesmerizing moves will leave everyone impressed. He captioned the video, "Blessed to be working with my inspiration ???????????????????? thank you for being born and giving direction and inspiration to so many of us! #happybirthday @hrithikroshan."

On the work front, Tiger Shroff will be sharing screen space with Hrithik Roshan in YRF's untitled action film alongside Vaani Kapoor. They will soon begin work on the film. The actor will be next seen in Student Of The Year 2 which is being helmed by Karan Johar’s protégé, Punit Malhotra. The film marks the debut of Ananya Panday and Tara Sutaria. It is slated to release on May 10, 2019.