Rishi Kapoor will be seen sharing screen space with Pyaar Ka Punchnama actors Omkar Kapoor and Sunny Singh for the film Jhootha Kahin Ka. Now we hear that the film will feature Sunny Leone, albeit for a special song. And whats more? She will be turning into a mermaid for the same. A picture of the same was released recently and here’s a glimpse. 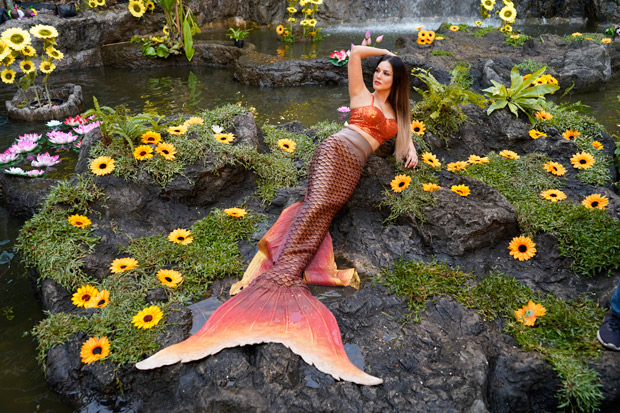 If reports are to be believed, Sunny Leone will be joining hands with Yo Yo Honey Singh after they earlier collaborated for ‘Chaar Bottle Vodka’ from Ragini MMS 2. The actress apparently shot in Thailand for this peppy number in Thailand along with Sunny and Omkar. The song is based on the popular nursery rhyme ‘Machli Jal Ki Rani Hai’.

Sunny Leone dressed up as a mermaid is surely something that the audience has never seen before. When asked Sunny about playing a mermaid for the first time on screen, she said, “This was something that I had never done before and I am very excited to know what my fans have to say about this new look, so I can’t wait for the song to be out.”

“It was great fun shooting with Omkar and Sunny. They were easy to work with and great co-actors to shoot with. Honey Singh as always has done a fabulous job and I am sure everyone would see it and like it once it’s out,” added Sunny when she was asked about her collaboration with Honey Singh.

Jhootha Kahin Ka is expected to be a madhouse comedy directed by Smeep Kang. Produced by Shantketan Entertainments and presented by Soham Rockstars Entertainment, the film stars actors like Rishi Kapoor, Sunny Singh, Omkar Kapoor, Jimmy Sheirgill, and Lillete Dubey. It is set to release on March 15, 2019.

Also Read: Trust Sunny Leone to charm the pants off you as the December cover girl for Just Urbane!