Sushant Singh Rajput’s death has surely unveiled a few horrors of Bollywood and the fans haven’t stopped demanding justice for him. It has been over a month that Sushant passed away by suicide and is being dearly missed especially since his last film Dil Bechara's release is in a couple of days. The actor’s friends and colleagues from the industry are still coping and we can’t even imagine what his family must be going through.

After his girlfriend Rhea Chakraborty took to her social media to ask for a CBI inquiry, the reactions coming in from fans were surely mixed. His older sister, Shweta Singh Kirti has been missing her younger brother way too much now and has changed her profile picture on Facebook where she’s seen smiling heartily with Sushant Singh Rajput. She captioned it as, “I wish I could hold you one more time”, and the netizens are surely getting emotional. 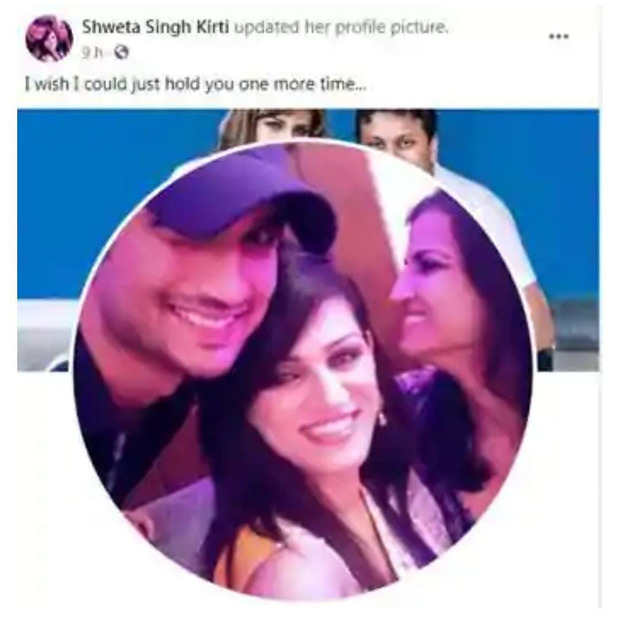