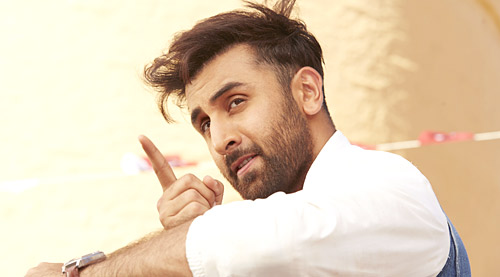 Ranbir Kapoor desperately needs a hit to put him back where he belongs on the top. His last three films Besharam, Roy and Bombay Velvet have proved critical and commercial disasters. For Ranbir to reclaim his rightful fame Tamasha would have to be a major money spinner, a position that the film's co-producers UTV do not seem to feel confident about achieving with the film.

Apparently UTV decided to do away with the press show for the film unwilling to let responses to the film go out before release. Says a source close to the project, "UTV has had a bad year so far. Last month they burnt their hands badly with Nikhil Advani's Katti Batti. They don't want to take any chances with Tamasha."

A lot is stake for Ranbir.

While Deepika can sail through a setback, as she has Piku behind her and Bajirao Mastani ahead, Ranbir cannot afford to slip up with this one, as his next release Anurag Basu's Jagga Jasoos is nowhere close to completion.

Says trade analyst Atul Mohan, "We all are hoping Tamasha would work, especially for Ranbir's sake. It's been long time since Ranbir got his due. Everybody makes mistakes in their careers and the film industry works on permutation and combination. You click sometimes you fail sometimes. So all eyes are now on Tamasha. This time Ranbir is coming with lucky box office queen Deepika after Yeh Jawani Hai Deewani, lucky producer Sajid Nadiadwala and the great storyteller Imtiaz Ali. All the best".