On the night of the 94th Academy Awards on Sunday, audiences across the world were left in shock after Will Smith walked onto the stage to slap comedian Chris Rock. The incident occurred after Rock, who was introducing the award for Best Documentary, poked fun at Smith’s wife Jada Pinkett Smith about her hairdo. For unversed, Pinkett is suffering from auto-immune disease alopecia which results in hair loss. While Will later apologized during his acceptance speech for the best actor award, the internet is abuzz about the slap. Amid this, Indian Twitterati dug out an old video of filmmaker Ashutosh Gowariker blasting filmmaker Sajid Khan who was mocking the industry members as part of his act while hosting. 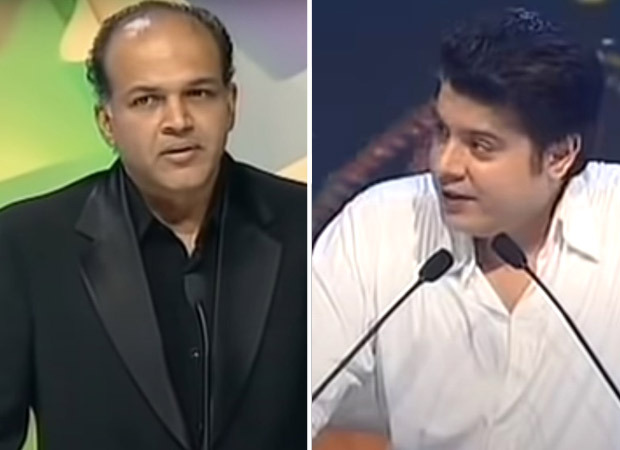 In 2009, Ashutosh Gowariker had blasted Sajid Khan for making fun of the film industry at an award show. During the show, Sajid, who was hosting the awards, made fun of actor Harman Baweja’s non-existent acting skills. The joke triggered a reaction from Ashutosh Gowariker. Back then, Harman was the lead actor in Gowariker's film What's Your Rashee? opposite Priyanka Chopra. Later, when Ashutosh was called on stage to receive the award for The Best Film for Jodhaa Akbar, he took the opportunity to call out Sajid Khan for his 'distasteful' jokes about the people of the film industry. Ashutosh had also asked Sajid to ‘Shut Up’ when the latter tried to justify his stand.

Twitterati shared the video after Will Smith and Chris Rock slap-gate. Many said that the Oscars’ slap was the Hollywood version of what happened between Ashutosh and Sajid Khan.

ALSO READ: Chris Rock not pressing charges against Will Smith for the Oscars’ slap; The Academy launches investigation for his actions