Priyanka Chopra is on a roll with multiple projects in Bollywood and Hollywood. The actress is writing her book, featuring in Youtube travel series, starring in multiple projects and producing films. Just earlier in February, the actress confirmed that she will be essaying the role of controversial Ma Anand Sheela in the upcoming Ma Sheela biopic adapted from Wild Wild Country which will be directed by Academy Award winner Barry Levinson. 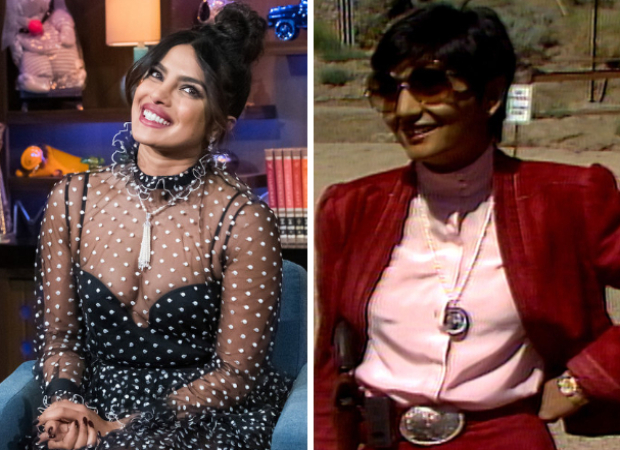 As Priyanka Chopra is currently promoting her Youtube travel show If You Tell Me Just One Thing, she reached the sets of Andy Cohen's show Watch What Happens Live. There, she spilled some deets on the upcoming film on Ma Anand Sheela. The actress confirmed she will be essaying the lead role and said, "I am developing it with Barry Levinson."

When Andy Cohen asked whether she will be saying iconic lines like 'Tough Ti**ies', she added, "All of them. There are so much of them but it's so much that is exciting about her. It's far away now but hopefully, it will happen."

“I am developing a feature with Barry Levinson. We are developing it as a character on this Guru called Ma Sheela who originated from India who was Osho’s right hand. She was just devious and developed a cult and brought people here for Osho, I don’t know if you have heard of him yet. It was amazing. I would be developing that next,” Priyanka had announced the project on The Ellen Show.

Apart from this, Priyanka Chopra will be seen in Shonali Bose’s movie The Sky Is Pink with Farhan Akhtar and Zaira Wasim. The film is slated to release later this year.