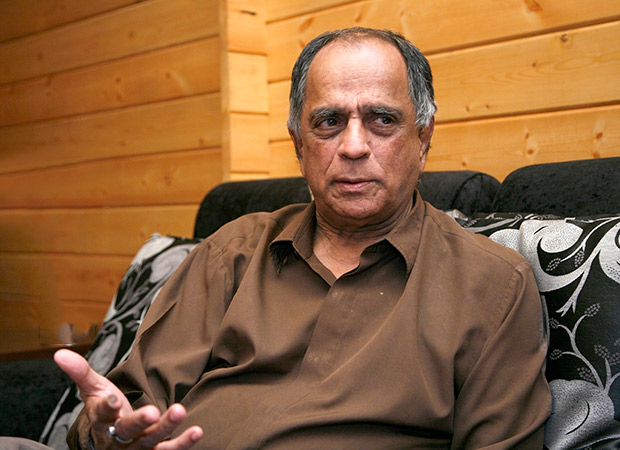 On the occasion of Govinda’s 52nd birthday, his Christopher Columbus, close friend, mentor and confidante Pahlaj Nihalani talks to Subhash K Jha on his favourite actor.

How did you discover Govinda?

It’s more like Govinda discovering me (laughs). I’ll tell you how it happened. I started shooting for the film Ilzaam in 1985 with my dear friend Shatrughan Sinha and Mithun Chakraborty. It was an action film and these two were ideal for their parts. But then Mithunda changed his mind suddenly and said he wanted out.

He must have been insecure about your friendship with Shatruji?

I don’t think so. I think it was because of Shatruji’s late coming. For the morning shift he would reach at 2 pm. Mithunda couldn’t take it. He suddenly said, ‘Make a solo hero film with me. Make this film with another hero.’ So I was stranded with a one-hero situation.

This is where Govinda came in?

And how! What an entry he made. Rakesh (Riku) Nath who was Madhuri Dixit’s secretary brought Govinda to me with one hour after Mithunda walked out. I looked at this boy who was short and had curly hair and I said no thanks.

You said no to Govinda?
(Laughs) We all make mistakes. Luckily Govinda and Riku Nath stopped me from making the biggest mistake of my career. They convinced me to give Govinda a try. Woh puri tayaari karke aaya tha. He gave me a video to watch. In the video I saw Govinda dancing. It was a life-changing moment for me. His movements just bowled me over. I knew I was looking at a star.
You signed him on for Ilzaam?
I made up my mind to give him the role. Then I left for the US for a holiday. There I saw Michael Jackson dancing. His moonwalk, etc. were the craze of America. I decided to change the script of Ilzaam from an action-oriented film to a dance-action film. To my surprise and delight Govinda was equally good at dancing and action. He more than filled the bill.
What do you think was the main factor that connected Govinda with the masses?
The bhookh, the hunger to be wanted by the public, to be a star. I had not seen such a bhookh in any actor before. Unfortunately Govinda had also seen the other more physical hunger in his life. He never wanted to stay hungry again. Because of financial insecurities he signed the 35 films after he signed Ilzaam. Yes, 35 films even before Ilzaam began shooting.
Didn’t you advise him against over-commitment?

I did. But his logic was simple. He felt he needed to have that financial security. Even if he failed as an actor he had the financial security offered by those films that he had signed. Somewhere that insecurity proved detrimental to his career. I felt he signed many wrong films.

Do you think his pelvic thrusts and streetwise dance movements made him unpopular among elitist audiences?
Govinda was and is a hero of the masses. He played Hero No.1 and he is Hero No.1. He can never be crude or vulgar. His dance expressions come from his face, not from his body. There will never be another Govinda. He was so good and so skilled that whoever worked with him also shone on screen. Sanjay Dutt was so good at comedy when he paired up with Govinda in Jodi No.1 and Haseena Maan Jayegi. Where do you think the inspiration came from?
Do you see the same spark in any contemporary actor?
Tiger Shroff. He has the same passion dedication and he is also a combination of dancing and acting skills. But it will be long time before he can be compared with Govinda. According to me he is a blend of Dilip Kumar, Sanjeev Kumar and Mehmood. We don’t need another Govinda. We already have him, fit fine and raring to go.
Why was his career wiped out after the 1990s?
It’s to do with his flops. See, earlier superstars like Amitabh Bachchan, Rajesh Khanna, Manoj Kumar and Sunil Dutt had lean phases at the box office and could bounce back repeatedly. Bachchan Saab made a comeback with Mohabbatein, Rajesh Khanna with Avtar, Manoj Kumar with Sanyasi and Sunil Dutt with Heera. But post the 1990s the corporate production houses, exhibitors and the multiplex business structure are ruthless and impatient. If Sunny Deol and Govinda are superstars are in exile it’s because they have not been given a chance to bounce back.
Do you think Govinda can make a comeback?
Of course he can. Govinda remains the force that he was when he came in with Ilzaam. I am willing and eager to make a film with him any time he wants. He just has to tell me when. In fact I’ve always wanted Govinda to be in every film I produce. No hero has the connect with the masses that does.
Your birthday wishes for Govinda?
A big blockbuster.
Tags : Amitabh Bachchan, Blockbuster, Feature, Govinda, Ilzaam in 1985, Interview, Madhuri Dixit, Manoj Kumar, Mithun Chakraborty, Pahlaj Nihalani, Rajesh Khanna, Sanjay Dutt, Shatrughan Sinha, Sunil Dutt