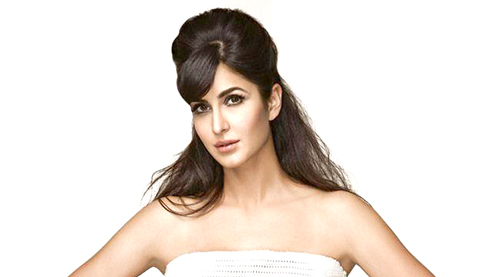 Katrina Kaif has remained amongst the top actresses who are a big draw at the Bollywood box office in the last several years. She has been part of some of the biggest money spinners. But with Phantom (Rs 55 crore domestic collection) and now Fitoor (Rs 18.61 crore domestic collection for the first week) not leaving an impact at the Box Office, questions are being asked about Katrina's claim for being in the top league. The immediate future isn't looking too bright either. Let's analyze.

Katrina is a very beautiful actress who is majorly known for angel good looks and dancing skills. Katrina has had her biggest hits opposite considerably older actors like Salman Khan, Aamir Khan and Akshay Kumar. These were smart moves and the success associated with big actors rubbed off on her as well. But now these big stars have moved on to other actresses and in the immediate future it doesn't seem that they would be working with her either. Salman did not come for the screening of Fitoor giving an indication that he has moved on. The slide that started post the negative feedback to Bang Bang, continues.

Katrina has never been a major draw due to her acting skills. She looks visibly older than Aditya Roy Kapur in Fitoor. She has a movie with another younger hero Sidharth Malhotra in Baar Baar Dekho. She shall be put under the microscope yet again. Moreover the movie isn't carrying a nice buzz. The other film that she has this year is Jagga Jasoos opposite Ranbir Kapoor. It is a film that has been in the making for a long time. Ranbir is a wonder actor and he was brilliant in his last release Tamasha but the film wasn't a commercial success. Odds are so far not in favour of Jagga Jasoos as it looks like an experimental film.

As we've mentioned earlier, Katrina is primarily known for her superb looks and dancing skills. She may not attract roles befitting the class of a Vidya Balan, Kangna Ranaut or even an Alia Bhatt. Katrina has done fair acting in Rajneeti, Namastey London and Mere Brother Ki Dulhan. She will have to really pull her socks together and do something radically different if she wants to remain in the race of top actresses. She is an extremely hard working professional. Salman Khan has acknowledged that on Bigg Boss recently that she's one of the hardest working professionals he knows. Katrina will have to work on scripts that get her the mileage more than anyone else. She needs to take chances because it is now or never for her.

On the positive side, Katrina is once again on very good terms with the media despite the gossip being woven on a regular basis. This will surely help her in having an empathetic media by her side. Here is hoping that Katrina will take this criticism in the positive light and march her way forward in a new way altogether.