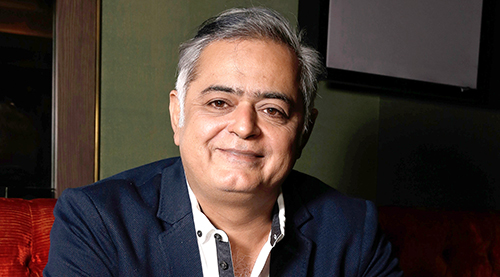 His last couple of films have been hard hitting affairs. Be it Shahid or Aligarh, director Hansal Mehta has stepped into a zone which has shook many a viewer,

courtesy the realistic depiction of some heartbreaking tales that were waiting to be told on screen. Now with Aligarh, which is based on the real life tale of Dr. Shrinivas Ramchandra Siras

from Aligarh Muslim University who was sacked from his position on charges of homosexuality in 2010, one expects nothing less, what with accomplished actors like Manoj Bajpayee and Rajkummar Rao

stepping into the fold.

The story of Dr. Shrinivas Ramchandra Siras was in news for quite some time after it broke and there was quite some study material available. How did you further go about in the research for the

I should be honest to you about the research part; the fact is that I personally don't do so much of research. I treat every film as a story. This was something that was waiting to be told. This

had an issue that had to be explored. Since it is an exploration of an individual's life, we had to be maintain the right sensitivity. Credit for all the research must go to my writer Apurva Asrani

and his co-researcher Ishani Banerjee. When the core story idea came to me, I was not aware of Professor Siras and his story.

When I started going through it, I was amazed. See, when you pick up stories about the common man, you realize that there are some very extraordinary tales out there. Same was the case for

Shahid as well. Not many had heard about him till the film became successful. Anyways, coming back to Aligarh, after the story came to me, I met Apoorva. I asked him if he wanted to

write it. He jumped on to it since he had heard about the incidents that had happened in Dr. Siras' life. He immediately got interested and together with Ishani, he got the research process into

place. I then reacted to the script and the screenplay.

How about researching from the place, locations and setting perspective, since the film is based in Aligarh?

Manoj did do a lot of research in terms of Marathi poetry and literature. Also, he had to mould himself into playing a man of 64. On the other hand Rajkummar had to understand journalism. For that,

he talked to a few journalists. He picked up a little bit of Malayalam as in the film he is speaking a few dialogues in that language. My team also went to Aligarh and then found some authentic

locations for the shoot. That said, the film is our interpretation of the time that Professor Siras spent in the city. See, when someone is no more, you can do as much on the research and then

finally rely on your imagination.