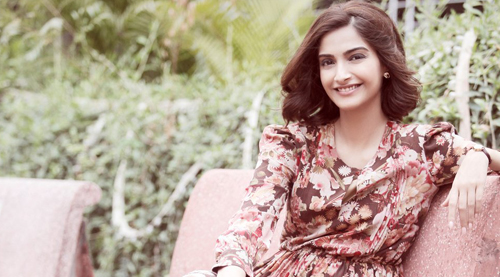 The real-life hijack drama Neerja which opened to a lukewarm response has shown a staggering growth at the box office.


Trade reports that the film has shown a growth of 65-70 percent on Saturday. This makes the film a success over the weekend. Says trade expert Taran Adarsh, "Neerja has emerged a winner, a

fact that is evident when you watch its day-to-day growth at the box office. Although the film commenced on a slow note on Friday it gathered momentum from Friday evening onwards. The strong merits

coupled with superb word-of-mouth and the glowing reviews helped the business escalate with each passing show. The audience has loved the film."


Adds another trade pundit Atul Mohan, "Content-driven cinema is the new mantra. Realistic drama and bio-pics are the new flavours of success. Bio-pics have immense curiosity value for the public

entertainment, enlightenment, educationâ€¦what a lethal and potent mix! Right content and perfect pitching was key to Neerja's success. The film's makers knew the film will grow with word of

mouth and didn't waste time and money on unnecessary marketing. Now we see the result of content-driven excellence."


Director Ram Madhvani feels the real life Neerja Bhanot is watching over the film. "I am so happy to know that India today once again remembers Neerja Bhanot's bravery and sacrifice."


Adds producer Atul Kasbekar, "I believe that the success of a motion picture is a balance between critical acclaim and financial reward for the entire value-chain. I am delighted if that formula

works for our film. I am a huge fan of Raj Kumar Hirani's cinema for combining praise with the profits."


Shabana Azmi who plays Neerja's mother says, "I was speechless when Neerja's brothers called me up and wept. It is very heartwarming and proves once again that content is king. I am truly

overwhelmed by the accolades because appreciation from one's peer group is so gratifying. The success is above all for director Ram Madhvani, writers Salwyn and Sanyukta. Sonam, Tikuji (who played

Sonam's father), Jim (who played the terrorist) and I were given terrific raw material to which we surrendered with honesty and conviction. A big thank you to producers Fox Star and Atul Kasbekar

who nurtured the project so tenderly."


Jubilant and relieved Sonam Kapoor who plays Neerja says, "Neerja, India has not forgotten you. You will remain to live amongst us and inspire generations. We will not have Neerja forgotten in the

chapters of history and we now know that India has come forth and proved that Neerja's sacrifice will continue to ignite our path to selfless righteousness."