Kartik Aaryan is known as an energetic performer on stage and many of us would remember him riding a bike to the stage during his performance at Umang 2019. Thanks to a video that he uploaded on his YouTube channel, we now came to know that there's a story behind a black t-shirt that he was wearing during the show! 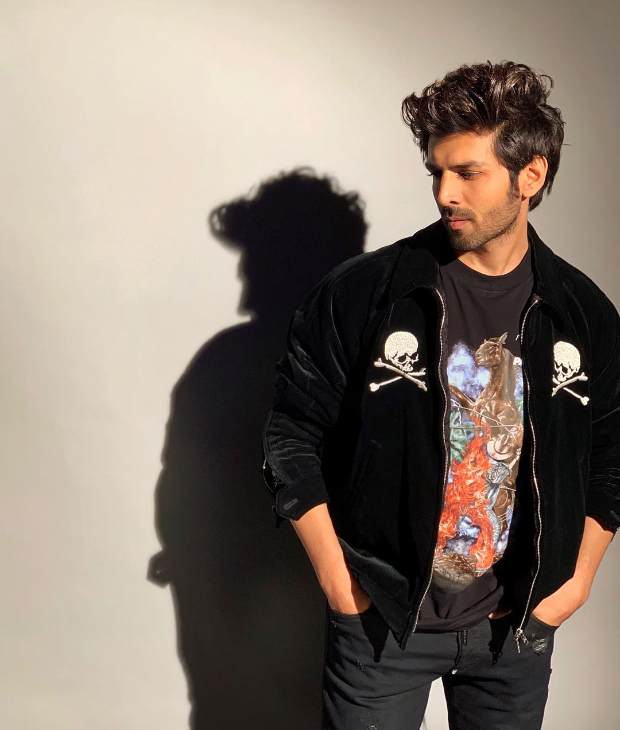 The video begins with Kartik being groomed by his hair-stylist who in seen wearing the t-shirt we're talking about. Soon after they leave for the event, midway the actor has an idea, and asks for the stylist's t-shirt! He changes it on the way and is heard joking, “Khepcha ki momos ki khushboo aari hai mujhe (I can smell the momos of that stall).” We can also see a couple of cops who see him changing, and the actor goes on to shake hands with them.

The jolly guy that he is, the actor is later also throwing the tee on one of his female team members, who runs away to dodge the smell!