It has been 14 years since Kajol and Aamir Khan created magic on screen with the film Fanaa. On Tuesday, Kajol took to her Instagram handle to share an unseen picture with Aamir Khan that was clicked before the shoot of the film. 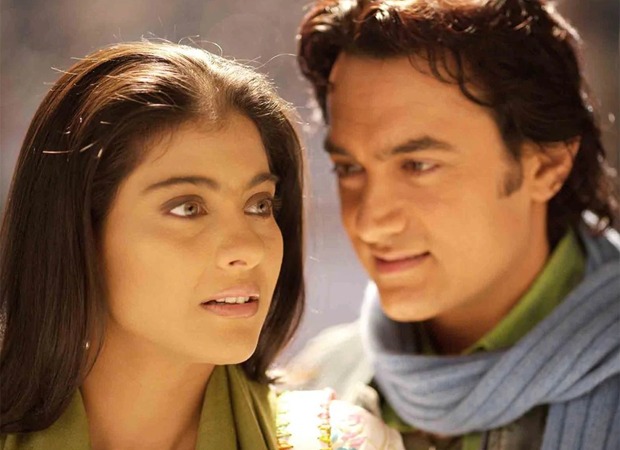 As Fanaa completes 14 years, Kajol shares a pre-shoot photo with Aamir Khan; says film was quite different from what they read

In the picture, which was probably clicked during one of the reading sessions of the film, Kajol and Aamir Khan can be seen looking at each other and giving a sly smile. "#14YearsOfFanaa. Bts this was a pre shoot. And as usual the film was quite different from what we read on paper. Still remember Poland and how much fun we had there," she captioned the image.

#14YearsOfFanaa. Bts this was preshoot. And as usual the film was quite different from what we read on paper. Still remember Poland and how much fun we had there. @_aamirkhan @kunalkohli @kirronkhermp #RishiKapoor @iamalihaji @yrf

Directed by Kunal Kohli, Fanaa released in 2006. Kajol was seen playing the role of a blind man while Aamir Khan essayed the role of a tourist guide in the film. The film tells the story of visually impaired Zooni who falls in love with the tour guide while on a college trip.

ALSO READ: Kajol reveals that her kids haven’t watched many of her films as they feel she cries a lot