Karan Johar is probably one of the most active celebrities on Instagram and never fails to entertain his followers with the content he shares. Recently, he conducted an Instagram live to connect with his fans and the session turned out to be an entertaining one. There was also a fun chat between the filmmaker and Kartik Aaryan. Kartik posted a few comments during the live session which had Karan laughing and saying that the actor is ingenious on social media. 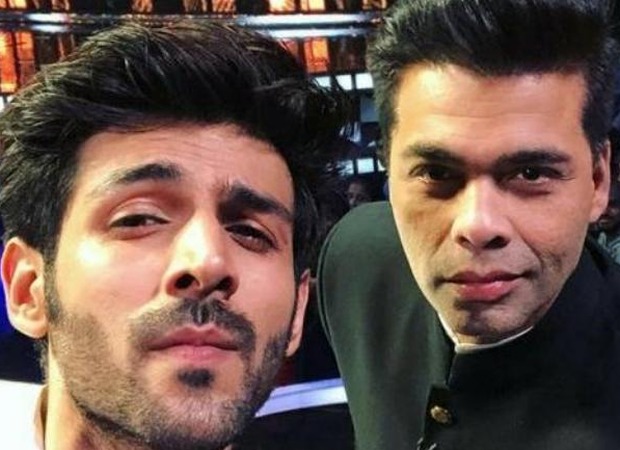 As soon as he joined the session, Kartik commented on Karan's lockdown look. Karan can be seen sporting white hair. Commenting about his hair, Aaryan wrote, "‘Bhala aap ke baal mere daanto se safed kaise (why are your hair whiter than my sparkling whites)’. Karan laughed and responded,"Kartik I’m loving your series and I love your interaction with your mom at home."

Just when Karan was about to sign off, Kartik dropped another comment asking the filmmaker to clarify one thing. “Karan please tell everyone this was not a paid promotion of Koki Poochega,” he wrote.  To which the filmmaker laughed off and said, “I don’t do paid promotions and I genuinely think that Kartik is genius in what he’s doing. I just said, because I meant it.”

Meanwhile, on the work front, Kartik Aaryan and Karan Johar have collaborated for the first time for the film Dostana 2 which also stars Janhvi Kapoor and debutante Lakshya.