With each week, the tinsel town celebs give us cooler than ever lessons in travelling in style. These flag bearers of niche style, for the B-townies globetrotting, is pretty much a permanent fixture of their glorious resumes. Tapping a sweet spot between, meeting with the demands of comfortable in-flight dressing and style, the weekly airport style saw some A-listers rope in their A-game of airport fashion. Deepika Padukone, Priyanka Chopra, Shahid Kapoor opted for the trusty travel-friendly monochrome. Sonakshi Sinha was snapped with her go-to style vibe of athleisure, Kartik Aaryan went down the distressed-everything lane. Meanwhile, Esha Gupta and Kajal Aggarwal kept it chic in dresses. Vaani Kapoor went back to basics as Ileana D’Cruz and Mira Rajput went for the steady stripes. However, Ranveer Singh made heads turn, as always with his quirkier than ever style game. The summery undertone of all these looks is certainly unmissable and worth an inclusion in your wardrobe for the season.

With their trusty aides like sunglasses to hide the jet-lagged eyes, these celebs were seen upping the glamour quotient by throwing in a bomber jacket or a shrug in sync with the latest wave of summer layering. With a book in hand to utilize those long hours, the celebs swear by their backpacks, duffle bags and exotic handbags. Up and about their R&R sojourns, promotional activities and filming commitments, do not miss out the cool travel style lessons, given by this week’s best-dressed airport celebs! 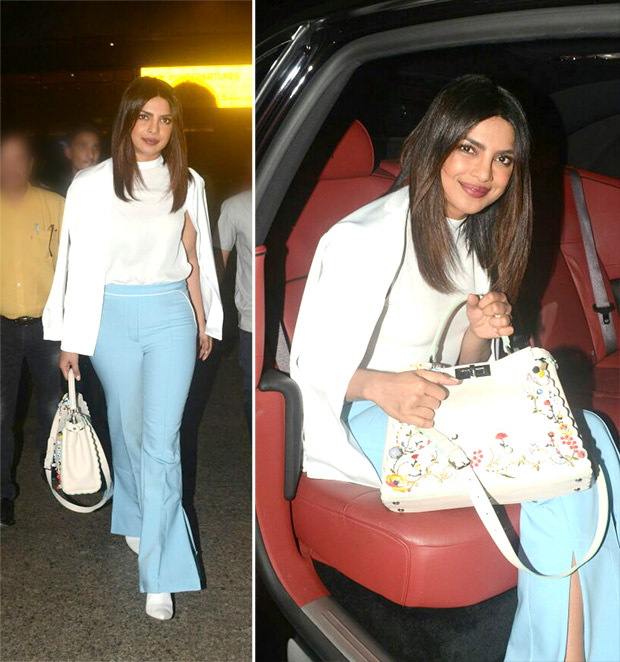 The diva returned back home from attending the GESf discussion in Dubai wearing white and blue separates replete with a blazer. A Fendi ‘Peekaboo’ tote with white pointy toes were in perfect tandem with the signature hairstyle and makeup. 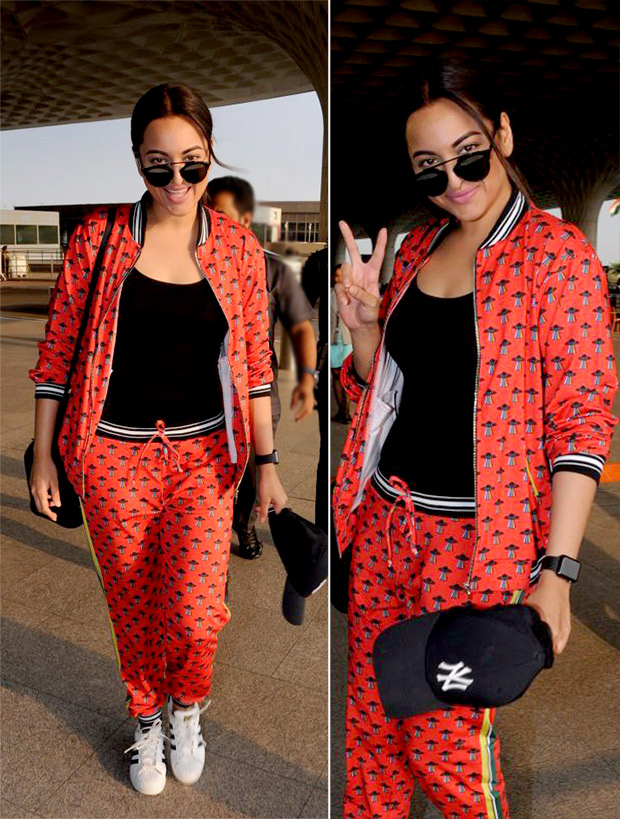 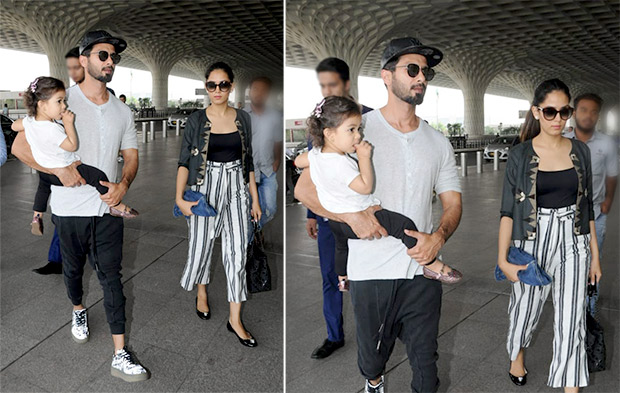 Shahid teamed a basic grey tee with black joggers and snazzy sneakers. Carrying his daughter who was similarly dressed as daddy dearest, Shahid rounded out the look with a cap and sunnies. Mira teamed a black cami tucked into high-waist cropped flared striped pants and layered up her look with a jacket. She topped off the look with oversized sunnies, a sleek ponytail, black shoes and a handbag. (Also Read: Want to know how Shahid Kapoor is in bed? Mira Rajput REVEALS!) 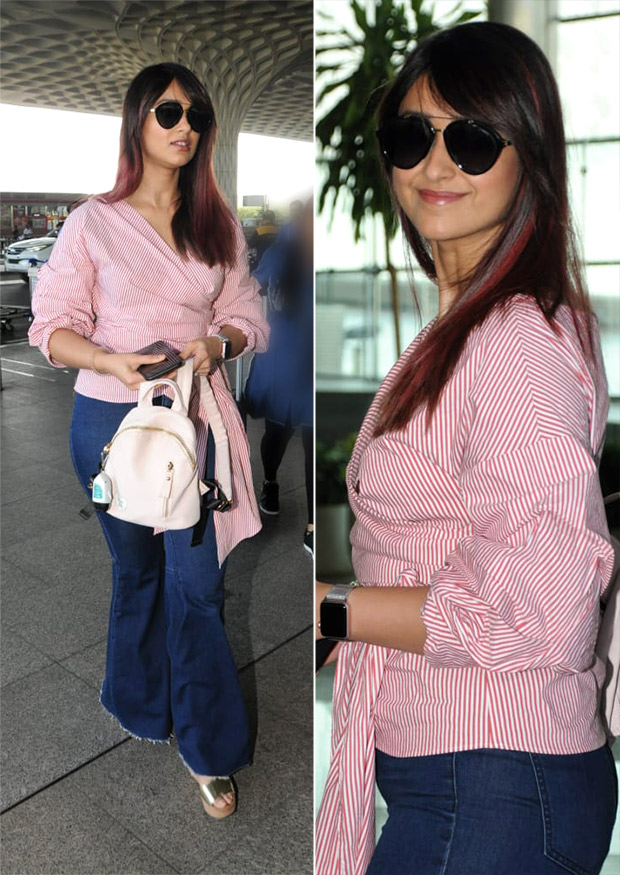 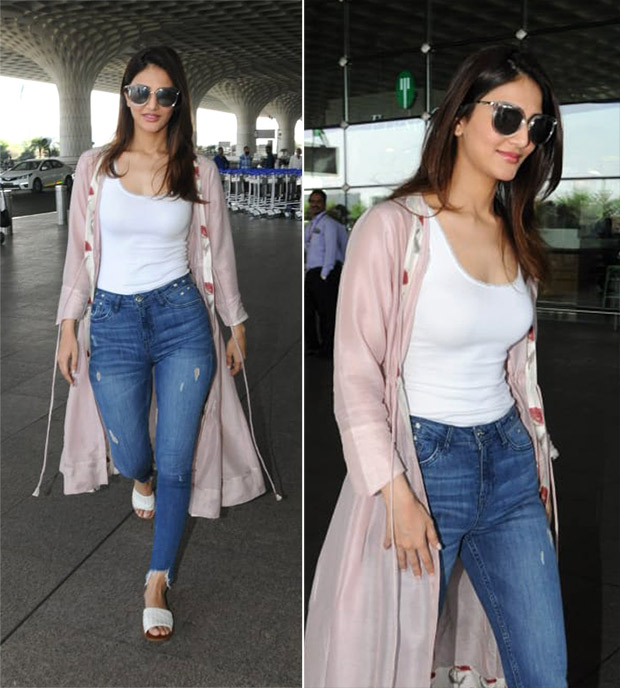 The Befikre actress, Vaani was snapped going back to basics with her travel look featuring a white tank top tucked into high-waist denim. Breaking the monotony with a blush pink jacket from Tokree, Vaani finished out the look with pink lips, sleek hair, white slides and sunnies. (Also Read: Want to know how Shahid Kapoor is in bed? Mira Rajput REVEALS!) 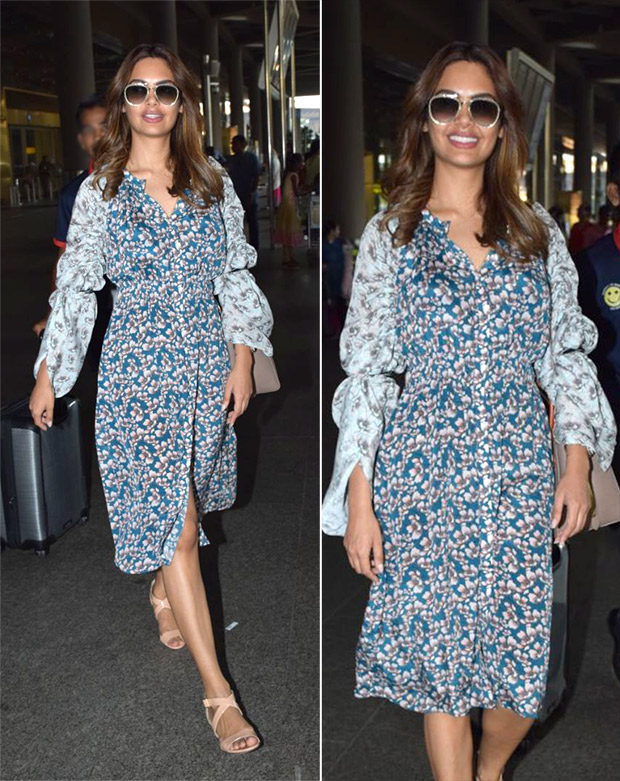 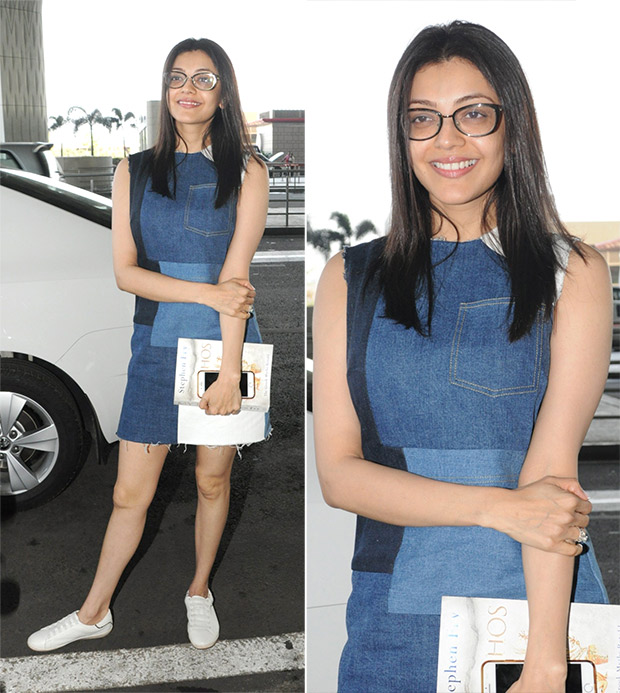 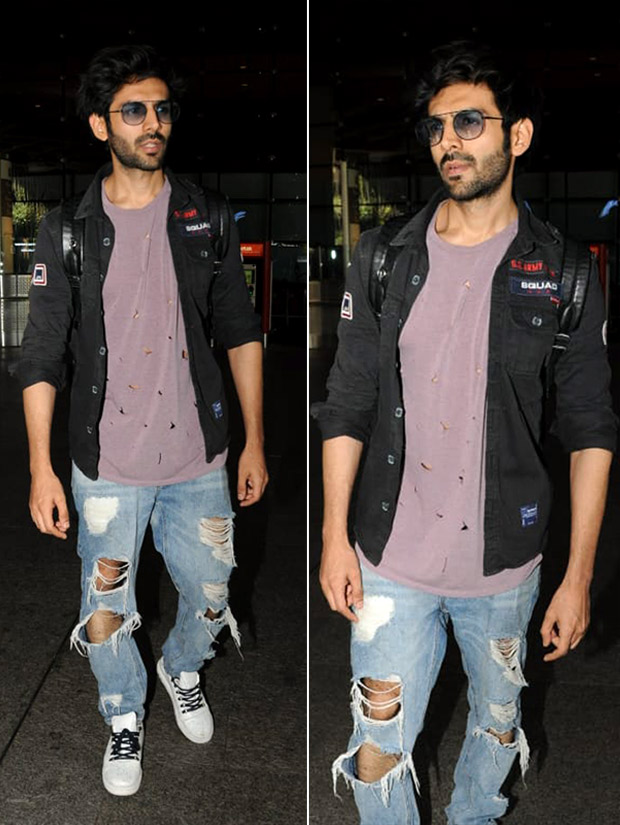 Going down the distressed everything way, Kartik teamed a faded tee with faded denim layering up his look with a jacket, white sneakers, backpack and sunnies. (Also Read: Cheeky, Quirky, Dapper – Kartik Aaryan and his torrid affair with style for Sonu Ke Titu Ki Sweety is worth a reckon!) 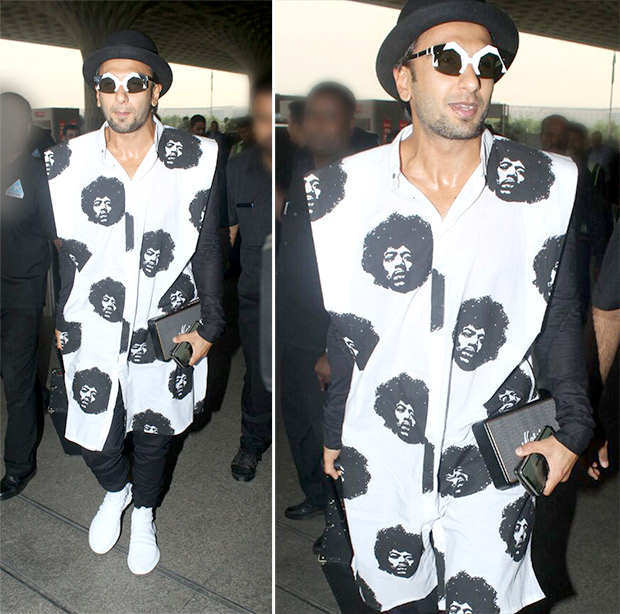 Saving the best for the last, Ranveer Singh was snapped leaving for Delhi to attend the News18 Rising India Summit. Styled by Nitasha Gaurav, Ranveer went monochrome in Rajesh Pratap Singh separates and Adidas sneakers. He rounded out the look with quirky sunnies.