He may just be six films old but the spunky 27-year old Kartik Aaryan has been riding high following the commercial acclaim of the recently released Sonu Ke Titu Ki Sweety. Helmed by Luv Ranjan, this movie comes closely on the heels of the Pyaar Ka Punchnama franchise and explores a new track with a similar tone. Kartik Aaryan teamed up with the ace fashion stylist Sukriti Grover and roped in a promotional style game that featured a melange of styles like smart casuals, easy athleisure, and dapper suits to quirky wordy tees. While his affable nature, an infectious smile, charming antics and a superb comic timing are endearing, his off-screen style was in perfect sync with his on-screen role of Sonu. While men’s fashion quotient in tinsel town is nascent and subject to exploration, Kartik Aaryan strides confidently and does his bit to revamp the style vines. With an undercut hairstyle, a trimmed beard and a lean frame, Kartik has girls crushing over compulsively as he effortlessly models the rising and reigning concepts of styles – smart casuals, sporty and essentials! A testament to this astonishing style reincarnation- an impressive 1.2 million followers on Instagram!

As the fashion-aware millennial, Kartik Aaryan’s penchant to make a suave and sleek style statement is indeed noteworthy. Here is a recap of the best moments from his promotional style file for Sonu Ke Titu Ki Sweety. 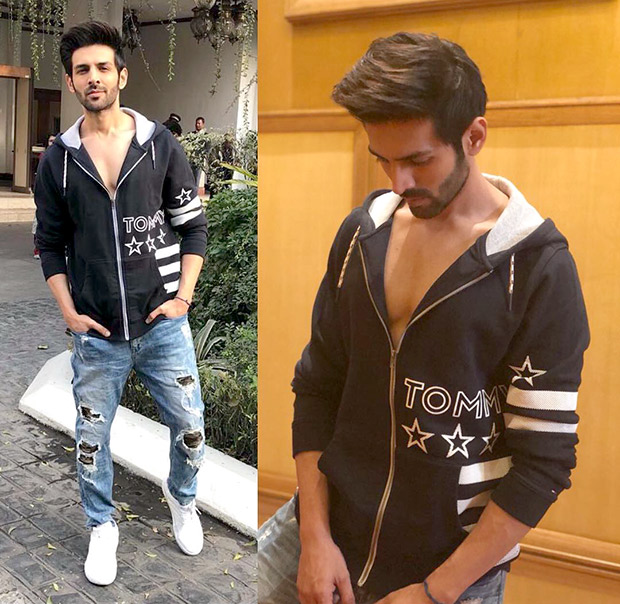 Getting his swag on point for the promotions in Kolkata, Kartik Aaryan teamed a Tommy Hilfiger hoodie with patchy and faded denim from Aura Hub rounding out the look with white sneakers from West Coast. 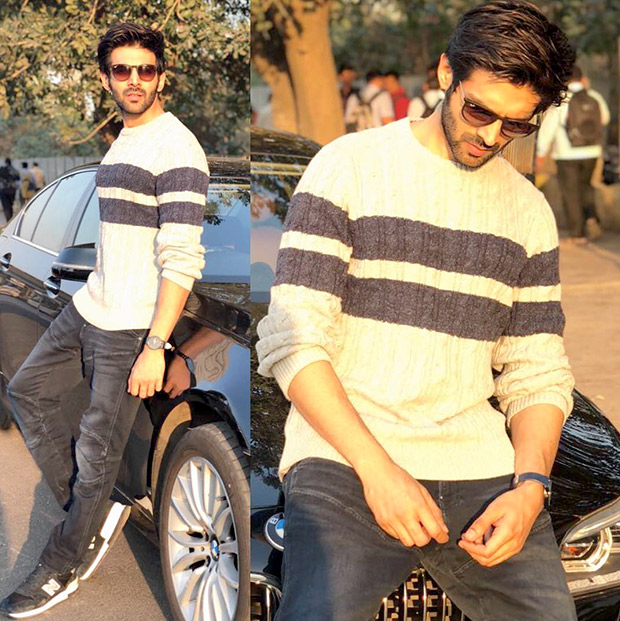 Kartik teamed a Nautica cardigan with black G-Star Raw denim and shoes topping it off with a wristwatch and shades. 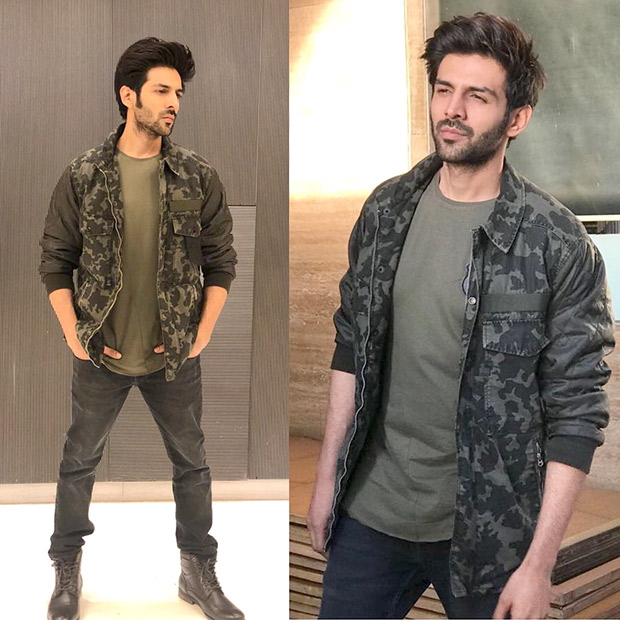 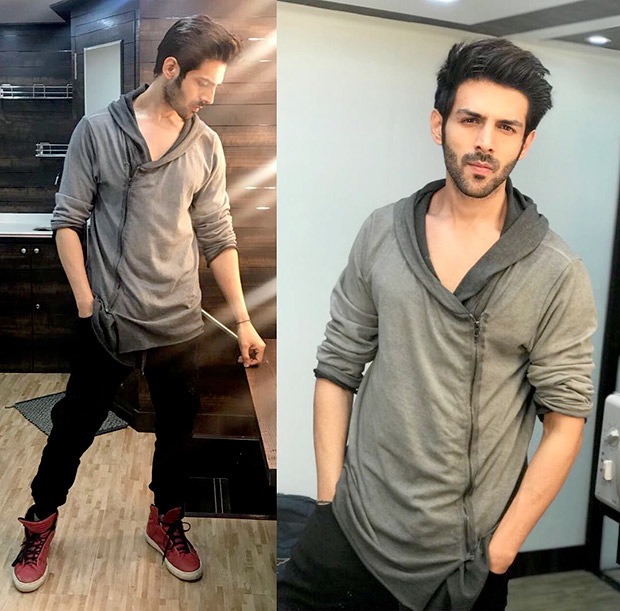 Playing it cool in a side zippered shacket from Aura Hub teamed with black joggers from Bershka, Kartik topped off the look with red high-tops and a well-groomed mane. 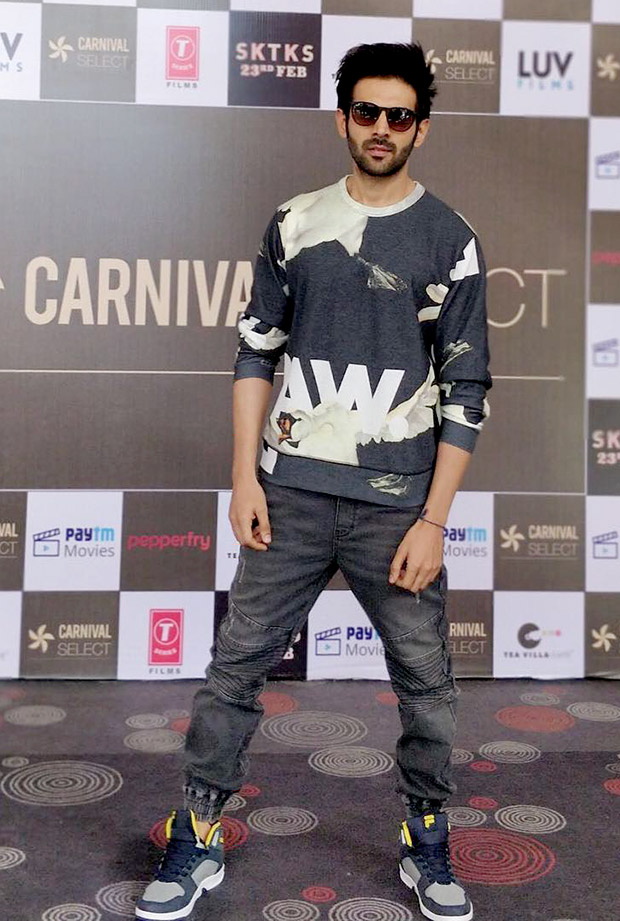 Kartik donned a sweatshirt from G-Star Raw and paired it with ribbed joggers from Lee Cooper finishing out with sturdy high-tops from Fila and snazzy sunnies. 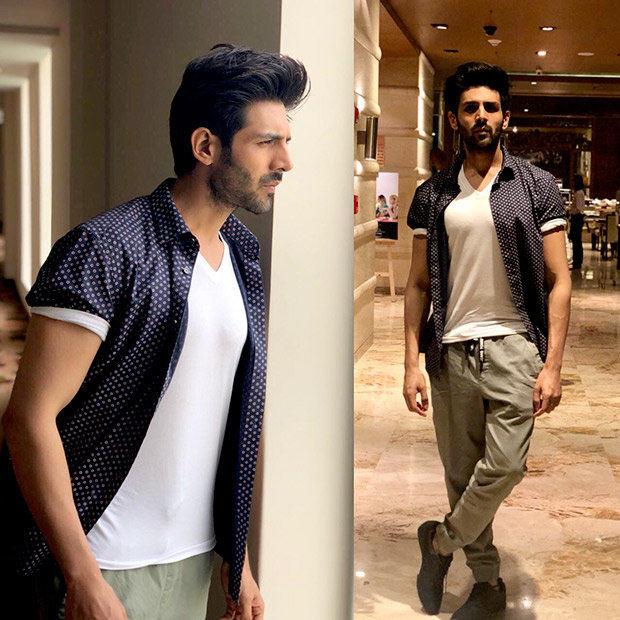 Teaming a basic white tee with a printed shirt with rolled-up sleeves; both from Marks and Spencer, Kartik sported faded green joggers from Tommy Hilfiger and topped it off with sneakers from Zara. (Also Read: Did Kartik Aaryan replace Farhan Akhtar in Jigarthanda remake?) 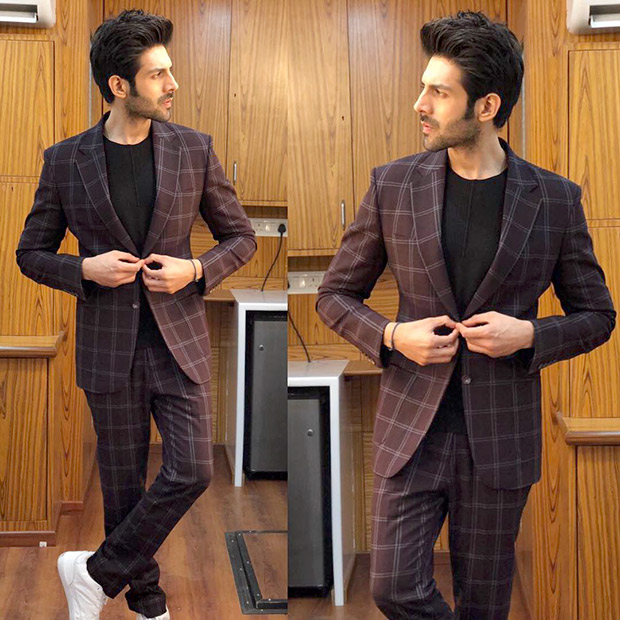 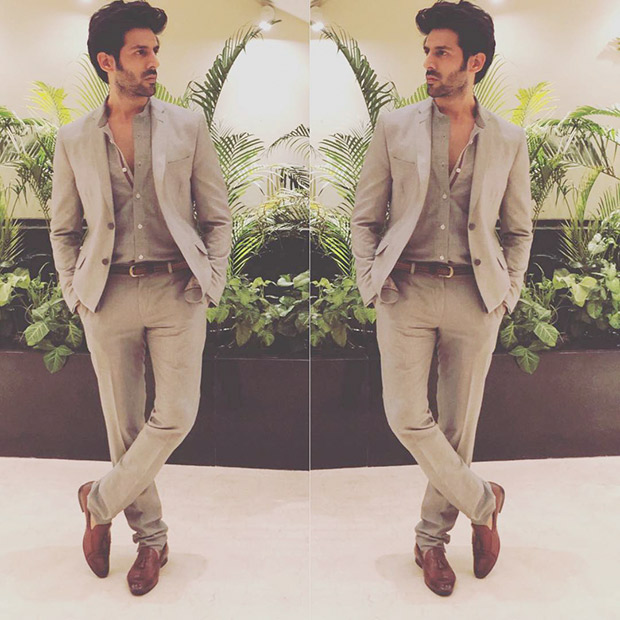 For the Femina India Awards, Kartik made a dapper statement as he donned an all linen grey ensemble from Tailorman with brown shoes from The Source. 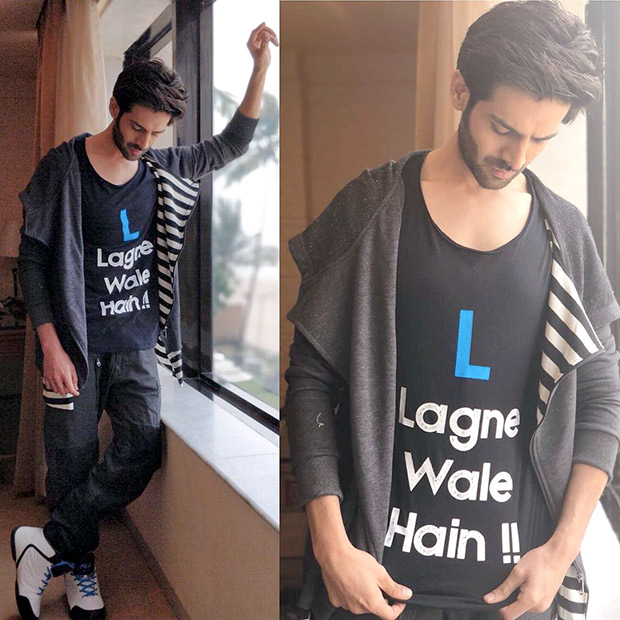 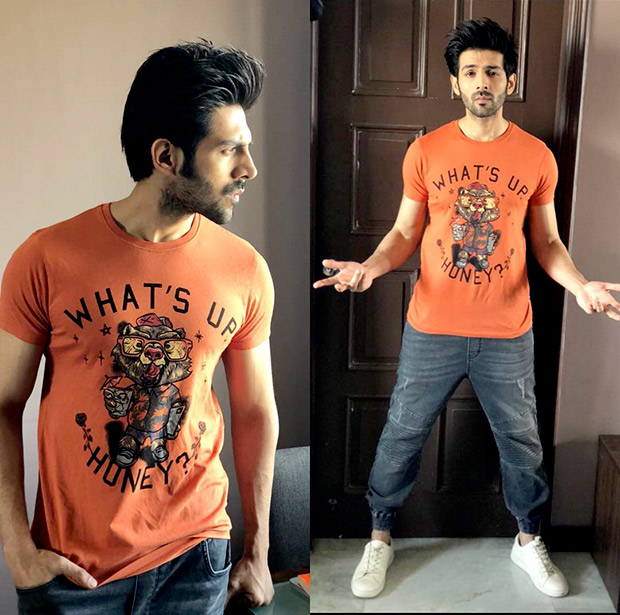 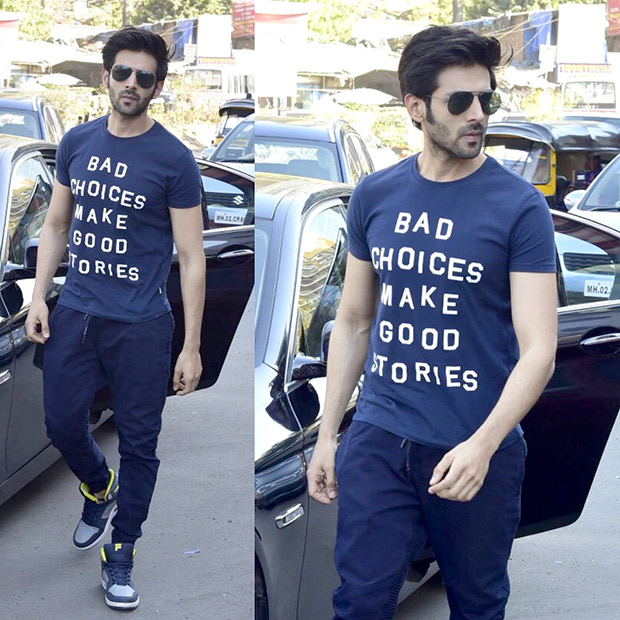 Doing blue on blue with a slogan tee from Jack & Jones teamed with Bershka joggers and Fila high-tops, Kartik rounded out the look with dark sunnies.

Making understated style statements with black, grey and navy but experimenting with quirky and suave trends; Kartik Aaryan seems intent on firmly stamping his presence on the celeb style manifesto. While men’s fashion is stereotypically and seriously understated but making a point through his evolving sense of style, Kartik Aaryan is busting this myth and we are hooked and booked!