Salman Khan is a family man. When he is off work, he always spends time with his Khandaan. The actor is known to be close to his nieces and nephews and often shares photos and videos with them. The little one Ahil Sharma, son of sister Arpita Khan and Aayush Sharma, is definitely very close to his mamu. He is often seen playing with Ahil and Arpita loves to share candid moments of them on social media. 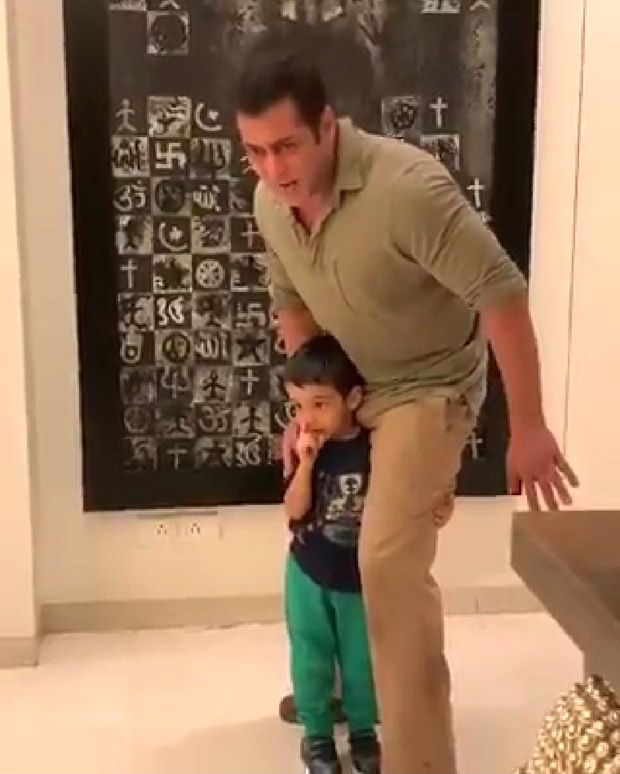 Salman Khan often spends time with Ahil and loves to play with him. Just like the other times, he shared a video with the little one and was goofing around with him. Ahil seems to be shy in the video and hid his face. Salman captioned the video, "Ahil n his mamu."

On the work front, Salman Khan is soaring high since his recent releases Bharat has been a blockbuster. He is currently shooting for Dabangg 3 which is set for Christmas 2019 release. He will also start shooting for Inshallah later this year.