Salman Khan is a fitness enthusiast. The actor follows a strict regime and makes sure to encourage his fans to follow a healthy lifestyle as well. In the past year, the actor has become a regular at sharing his fitness photos and videos on his social media accounts. 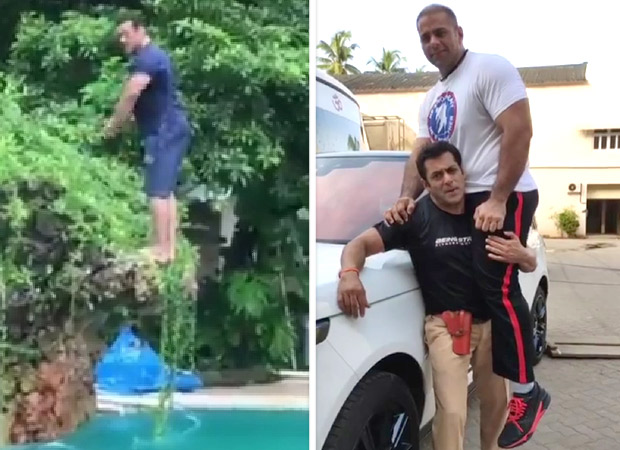 However, Salman Khan is back at it again and has shared an insane video of himself doing a back flip dive straight into the swimming pool. He is dressed in black t-shirt and blue shorts. The background music is 'Jug Ghoomeya' from Sultan.

In another video, he is seen carrying his nephew on his shoulder on the sets of Dabangg 3. The actor says that they are being strong while promoting his being strong equipment and lifestyle.

Meanwhile, Salman Khan is currently busy shooting for Dabangg 3 starring alongside Sonakshi Sinha and Arbaaz Khan. Directed by Prabhu Dheva, the film is set to release during Christmas 2019.