Sara Ali Khan and Kartik Aaryan, rumoured love birds, are currently shooting for Imtiaz Ali directorial which is said to be a sequel to Love Aaj Kal. The film is tentatively titled Love Aaj Kal 2 and is currently being filmed in Shimla. While it was said that the film was completed, they seem to be shooting some parts in Shimla. 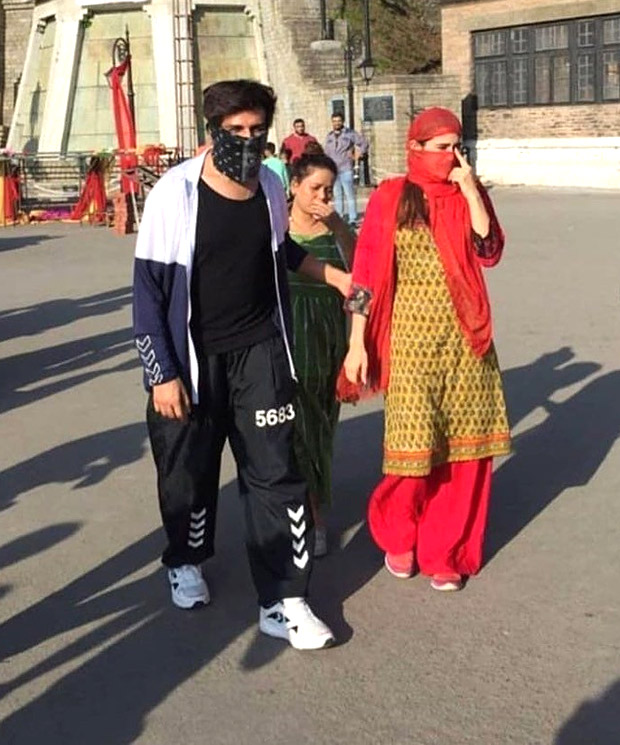 A couple of photos and videos have gone viral of Kartik Aaryan and Sara Ali Khan while holding hands and walking around the streets of Shimla while hiding their faces. While Kartik is dressed in tracksuit and jacket, Sara is dressed in red and yellow dress while hiding her face with her red dupatta.