Well, it is known that Varun Dhawan, Ranveer Singh and Arjun Kapoor are stars of this generation and are close friends. But, wouldn't it be fun to watch them in a movie together and that too a mad cap comedy? Well, Arjun and Ranveer have worked in Gunday but all three of them in a film would be a riot for sure. Filmmaker Ali Abbas Zafar, in the past, has admitted he would love to do a comedy with all of them and it could be a remake of Amar Akbar Anthony which starred Vinod Khanna, Rishi Kapoor and Amitabh Bachchan. 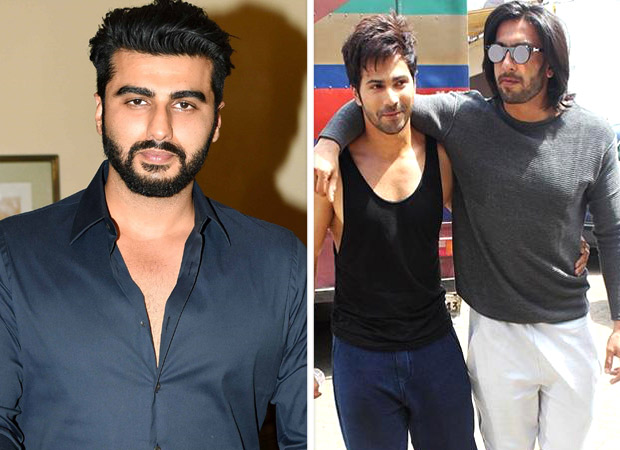 Arjun Kapoor, who is promoting India's Most Wanted, admitted recently in an exclusive interview with Bollywood Hungama that would be definitely want to do something in that space with Ranveer Singh and Varun Dhawan. When asked about Ali's idea, he said, "Varun, Ranveer and me, he wants to do a film in the entertaining zone, in that commercial potboiler. And what Varun and I think is that Ali keeps saying this but does not make it. I would say that fans should start putting pressure on Ali. Ali is pro-active on social media. I think Ranveer, Varun and me are fantastic cast if Ali has thought of it. I know we complement each other but without a director, this cast can't be made. Ali himself is a writer and he has tremendous command over drama and comedy. So, he is the perfect combination to make a masala film."

Talking about Amar Akbar Anthony remake, Arjun further added, "I think we are missing that kind of ensemble multi-starrers. We grew up watching those films. This generation of the audience wouldn't remember much of it. They (Vinod Khanna, Amitabh Bachchan, and Rishi Kapoor) used to be secure working together and having fun. I would love to be a part of one of those, definitely. "

In an interview with Bollywood Hungama, Ali Abbas Zafar had said, “There is this whole idea of making Amar Akbar Anthony with Ranveer Singh, Arjun Kapoor and Varun Dhawan.” While it won't be a remake but an adaptation, he further said, “That is the thought that excites me. I think all three of them are very entertaining off camera. And I am dying to do a mad cap comedy.”

“I really want to do a full on comedy. It is not a remake but something on the lines of the original film with three mad people, not mad in the mad sense, but three people enjoying themselves on camera," Ali said.

Talking about comedy and that he loves humour, Ali further said, “Well, I love humour and when you see Bharat the film, you will see a lot of it which is not evident in the trailer but when you go and see the film it has huge sections of just humour.”

Ali added, “I have enjoyed that part the most. Salman’s timing is outstanding. Sunil Grover is funny. So am dying to do a comedy with Ranveer, Varun and Arjun together.”

Well, it surely will be a riot if we get all three actors together in a film.