Come February 14, Sara Ali Khan and Kartik Aaryan will be seen on the big screens with the Imtiaz Ali directorial Love Aaj Kal. Though there still is time for the film to release, the two have been jetting across the country to promote their film. Doing just that, Sara and Kartik were in conversation with Bollywood Hungama where they talked about their film, their chemistry and their rumoured relationship. But what caught our attention was Sara Ali Khan’s reasoning on why she wished Ranveer Singh and not Kartik Aaryan on their respective birthdays. 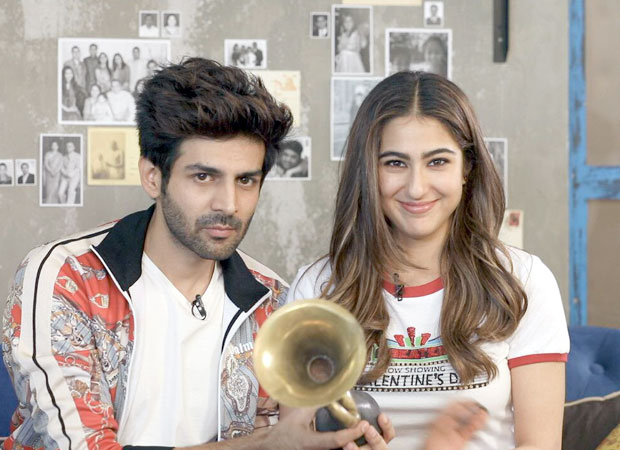 Answering a question on why she did not wish Kartik on Instagram for his birthday Sara replied, “Because Insta is not the place. I know him, why will I wish him on Instagram? I will message him, which I did.” Interestingly, after explaining her point, Sara turned to Kartik and asked him to confirm whether she had messaged him, who in turn pointed out, “You wished Ranveer Singh on his birthday on Insta. Aur bhi hai, Rohit sir ko bhi karti hai wish, Instagram pe Imtiaz sir ko bhi wish kiya, unko nahi jaanti?” Hearing Kartik’s response a visibly flummoxed Sara tried hard to change the topic.

Back on the film front, Love Aaj Kal that is directed by Imtiaz Ali is slated to release on February 14, 2020.