Saif Ali Khan is a happy father as the next generation of Khan is going to take over film industry. His daughter, Sara Ali Khan, will be making her debut in Abhishek Kapoor's Kedarnath with Sushant SIngh Rajput. As the film is close to the release, the actress will make her debut on Karan Johar's show Koffee With Karan with her famous father. 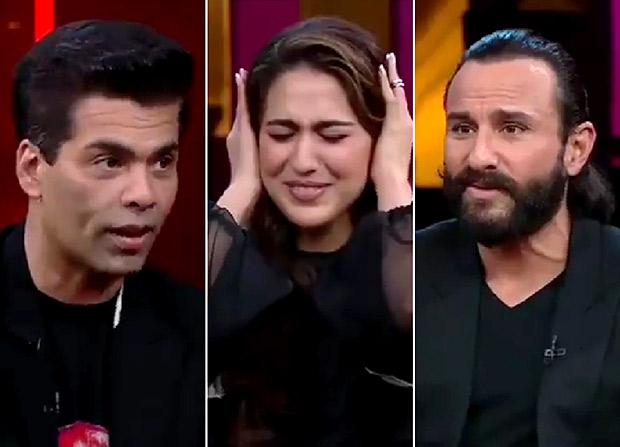 The promos for the father-daughter duo Saif Ali Khan and Sara Ali Khan are out and it sure looks like a firecracker of an episode already. In the preview of the upcoming episode, Karan Johar is seen asking Saif what are the three things he will ask Sara's boyfriend. "The first three questions Saif Ali Khan the father would ask Sara's boyfriend." Replying to the same, Saif says, "Political views, drugs." Karan further adds, "Money would be a nice question to ask, I would ask that first." To which, Saif had a witty reply, "Got cash? Take her." Surprised by her father's response, Sara says, "That sounds so bad."

Sara Ali Khan also states that she wants to marry Ranbir Kapoor but doesn't want to date him. She wants to date 2018 hit machine, Kartik Aaryan. To this, Saif once again had the same question, "Has he got money? Got money, you can take her!" Flustered by her dad's response, Sara says, "You have to stop saying that. It sounds so wrong."

On the work front, Sara Ali Khan's debut film Kedarnath will release on December 7. Post that, she will be seen in Simmba with Ranveer Singh on December 28.

The Father-daughter duo #SaifAliKhan and @saraalikhan95 will grace the coffee couch for an interesting episode next week. @karanjohar | ???? - @starworldindia