Sacred Games season 2 starring Saif Ali Khan and Nawazuddin Siddiqui has already gone on floor. After the massive success of the first Netflix Indian original, the gritty drama is coming back for another season. As the show released earlier this year, it looked like it was inspired by Hollywood Netflix original, Narcos. As the Narcos team is currently promoting the third season, Sacred Games duo met the Narcos actors Diego Luna and Michael Pena in Mumbai. 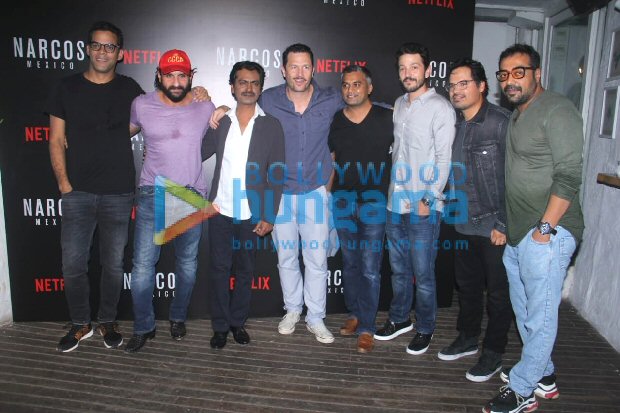 Narcos actors Diego Luna and Michael Pena and show creator Eric Newman are currently in Mumbai to promote Narcos Mexico. The show will be premiered today followed by a chat session with the actors and the director Sacred Games stars Saif Ali Khan and Nawazuddin Siddiqui along with the directors Vikramaditya Motwane and Anurag Kashyap hung out with the Narcos team at Olive restaurant in Mumbai. Anurag shared a couple of pictures from their meet and it seemed like the two stars of the two shows really got along well. 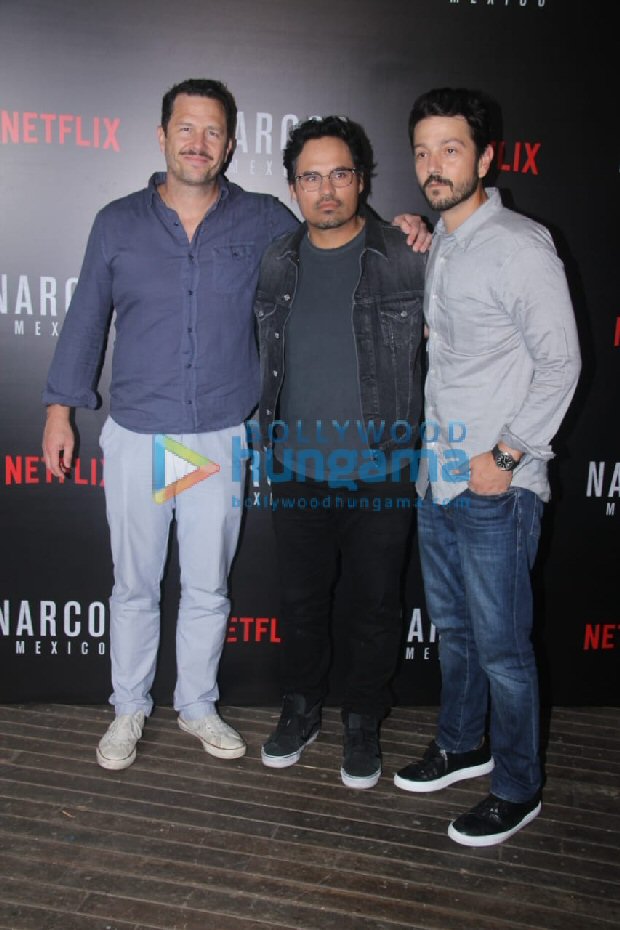