Pushkar and Gayatri's upcoming directorial Vikram Vedha has been making a lot of buzz for a while as the film is getting close to its release date. The neo-noir action film is certainly a very special one for Hrithik as it marks his 25th film. While the team has recently reached Delhi for the promotions of the film, the lead cast Hrithik Roshan and Saif Ali Khan were captured having a dance together to the 'Alcoholia' song. 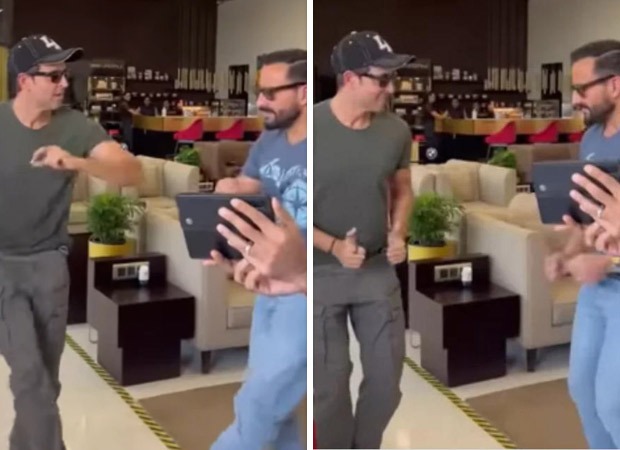 While the audience witnessed both the actors together in Delhi as they reached there for the promotion of the film, they seemed to enjoy their company while Hrithik was seen teaching Saif some hook steps of the song. Taking to his official social media handle, Roshan shared a video, in which the real Vedha aka Hrithik and Vikram aka Saif can be seen grooving to the 'Alcoholia' song.

Captioning the fun BTS video, the actor wrote, “The Real Vikram Vedha behave like this / Vedha forgotten the step, teaching Vikram all wrong”. Many of Hrithik’s 44.1M Instagram followers flooded the comments section with praise for the duo. While a user wrote, “It’s just hilarious You both are style icon,” another added, “Hrithik sir is the best dancer ever”.