Last Updated 06.12.2022 | 2:01 PM IST
feedback language
follow us on
Bollywood Hungama » News » Bollywood Features News » Koffee With Karan 7: Karan Johar was ’embarrased’ for not being invited to Vicky Kaushal-Katrina Kaif’s wedding: ‘People were like is everything ok between you guys?’

After a gripping season of brewing conversations around love, family, marriage, Koffee With Karan Season 7 turns the tables in its finale episode. Four special guests from the influencer universe take over the conversation as the show’s host, Karan Johar, invites social media sensations Tanmay Bhatt and Danish Sait, along with popular content creators Kusha Kapila and Niharika NM, to the couch. The four get together to judge the Koffee With Karan Awards while dishing out a hilarious episode of laughter, fun and explosive behind-the-scene secrets of the season. 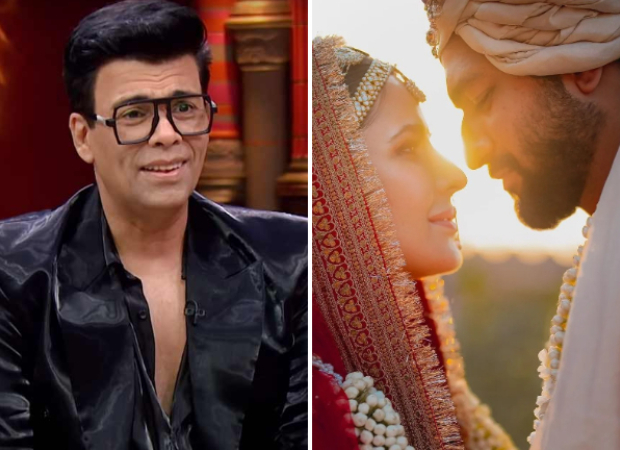 Koffee With Karan 7: Karan Johar was ’embarrased’ for not being invited to Vicky Kaushal-Katrina Kaif’s wedding: ‘People were like is everything ok between you guys?’

Having repeatedly expressed that he hates being left out of weddings, Karan Johar finally opens up about the peer pressure of missing one. “When Vicky and Katrina were getting married, it became very embarrassing for me. It got to a point where people were like you did not tell us about them, you are at the wedding and still not telling us etc! It got very embarrassing to admit that I had not been invited. Then after the wedding came the sympathies and doubts. People were like why weren’t you invited? Is everything ok between you guys?” said the host.

As guest lists in Bollywood weddings become increasingly short, for those left out, solace can be found in finding out others who did not make it to the list. “When I got to know that Anurag Kashyap had also not been invited to Vicky-Kat’s wedding, I did find a little peace,” accepted the director, candidly.