Bollywood actor Saif Ali Khan is creating a buzz as the release of his upcoming film Vikram Vedha is around the corner. The makers had an early screening recently for industry folks. Among many others, Saif’s actor wife Kareena Kapoor Khan, and Hrithik Roshan’s father and filmmaker Rakesh Roshan reviewed the highly anticipated film. Amid the positive reviews coming from the industry, Saif’s sister Saba Pataudi also gave a sweet shout-out to her elder brother’s upcoming film. 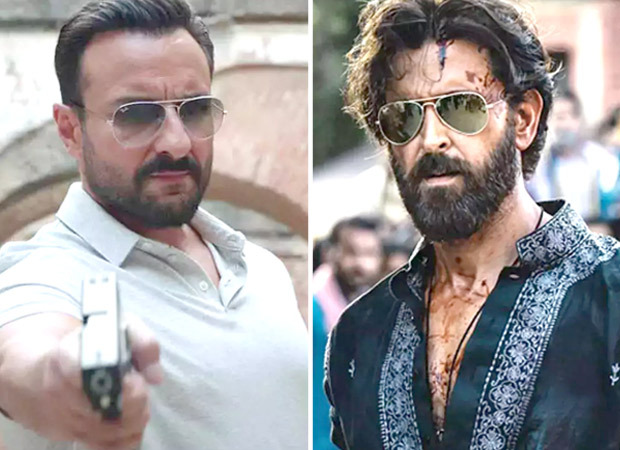 Taking to her verified social media handle, the jewellery designer shared a childhood picture of Saif. In the image, baby Saif Ali Khan can be seen posing for the camera with a clueless expression. Meanwhile, in the caption, Saba wrote, “Boy...WHO?” She further added, “I grew up with this picture, as Amma had framed it with the ones of me n her, on our bedroom wall.”

While concluding her write-up, she requested her fans to watch Vikram Vedha. The photo post is garnering love from Instagram users. While a section of them found a similarity between baby Saif and Taimur Ali Khan, many dropped the heart-eye emoticons in the comments section.

Talking about Vikram Vedha, the neo-noir action thriller is an official remake of a Tamil film released in 2017. The star cast of the Pushkar–Gayathri directorial also includes Radhika Apte and Rohit Saraf. The film is slated to release on September 30.

On the other hand, apart from the Hrithik Roshan starrer, Saif also has the pan-India project Adipurush alongside Kriti Sanon, Prabhas and Sunny Singh in his kitty.