Last Updated 23.09.2020 | 10:52 AM IST
feedback language
follow us on
Home » News » Bollywood Features News » Bollywood News Watch: Ram Gopal Varma slams media trial of Rhea Chakraborty; says no one cares whether she is guilty or not

Sushant Singh Rajput passed away on June 14, 2020. At present, the case is being investigated by the CBI who took charge last week. However, from the past several weeks, actress Rhea Chakraborty who was in a relationship with the late actor has been on the receiving end of social media abuse and media trial. Filmmaker Ram Gopal Varma who has been opposing trial by media constantly, shared a video on Youtube where he spoke about the witch hunt of Rhea Chakraborty being done by some media houses. 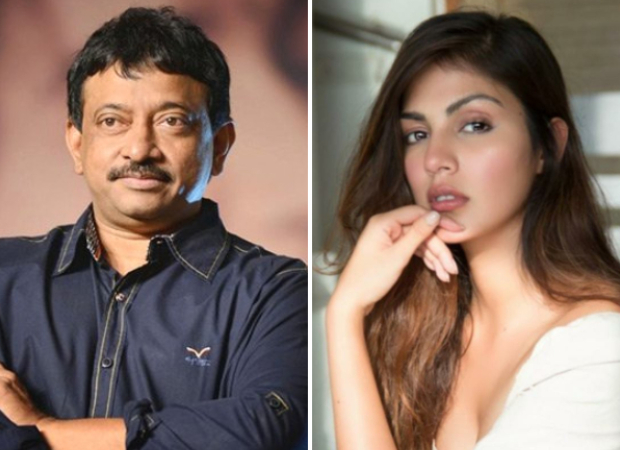 “In the case of Rhea Chakraborty, I don't think anyone cares if she is guilty or not. Day in and day out she is being badgered and being portrayed as a witch or a murderer,” Ram Gopal Varma said. He compared this witch hunt by the media to that done in villages, where if they think someone is a witch they actually hunt and kill them. He said that in villages it is seen as a crime, but that is not the case with media houses. “She is being hunted like a witch. It is being done in plain sight by sophisticated people in prime channels. They are doing witch hunt. They just get away by saying anything and everything about a person without any proof,” he said.

“In any civilised society, even if the police calls it a murder, a responsible media will call it alleged murder because the allegation is yet to be proven. Here the agency is calling it suicide and Arnab (Goswami) directly calls it a murder,” he added.

Talking about Bollywood celebrities maintaining their silence, RGV said, “I even find the aspect of Bollywood being so shit scared; I am ashamed of my fellow colleagues. Not a single one of you can open your mouth and speak what you feel. You privately message me and congratulate me on what I am speaking. How can you not have the guts to come out and talk!  If they have the rights and freedom to talk, you too have the freedom to talk.”

He further pointed out how a lie repeated over and over starts looking like the truth. “I feel there is something extremely wrong going on and the way it is going I feel it is going to get worse and worse if nobody talks. So I request all to open your voice and speak your heart out and speak strongly about what you think is right and what is not. Silence cannot be accepted, because silence makes everyone believe we are guilty,” he said.

This is a video published by @RGVzoomin on his channel where he slams media houses for hunting down @Tweet2Rhea and doing character assassination without knowing anything concrete. Must watch!#BollywoodHungama
YT: https://t.co/c2Ynizby6P pic.twitter.com/kKBfSQ50tE

Actress Kangana Ranaut has also been very vocal of her opinion ever since the demise of Sushant. Talking about Kangana, the filmmaker said, “I am really shocked that someone like Kangana, who I respect a lot. She herself 40 days back on Arnab's show said that ‘I have been victimised by the media by being called nymphomaniac, I have been called mad’ and this is exactly what you are doing Kangana to Rhea and to this whole thing.

“We all know that unless it comes to us we wont know. So easy to accuse someone. tomorrow it can happen to you or me or anyone. There needs to be humanity in us before we start hunting down people without any evidence, assasinate their character and make them go through torture psychologically and affect their minds forever. As much I feel sorry for Rhea, I feel sorry for all of us, including you, Arnab,” he concluded.

ALSO READ: EXCLUSIVE: Ram Gopal Varma says Arnab – The News Prostitute would be a docu-drama, plans to release by November