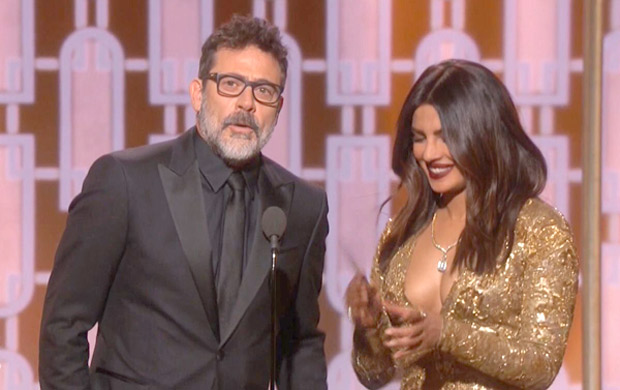 After Oscars and Emmys appearance in 2016, Priyanka Chopra finally made her debut on the red carpet of Golden Globes awards 2017. The actress was one of the few ones to arrive at the first big awards night in Hollywood.

Channeling the Golden Globe Award, Priyanka Chopra looked breathtaking in a custom made gold gown designed by Ralph Lauren. The deep neckline gown sparkled on the red carpet. She wore a diamond pendant and her hair down in loose waves. The dark lips worked wonders like always with minimum accessories. 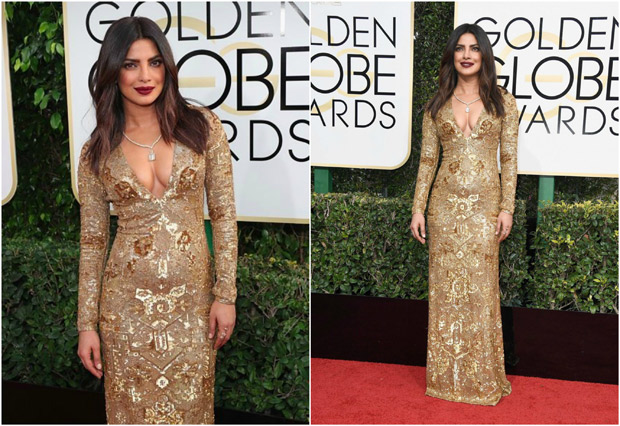 Priyanka Chopra was also one of the presenters for the night. She was accompanied by The Walking Dead's Jeffrey Dean Morgan. Both of them together presented the Best Actor in a TV series- Drama to Billy Bob Thornton for his stupendous role in Goliath.

.@priyankachopra and @JDMorgan take the stage to present the next award! #GoldenGlobes pic.twitter.com/15TueiW4gx

“This is certainly a good time to…

EXCLUSIVE: Amp up your quarantine fitness…