Kartik Aaryan and Sara Ali Khan's promotional spree for Love Aaj Kal is going on in full swing. After wrapping Mumbai and Ahmedabad schedules for the same, they have now arrived in Rajasthan. The only way to make such a hectic schedule interesting is to have some fun at work. Kartik is doing just that. 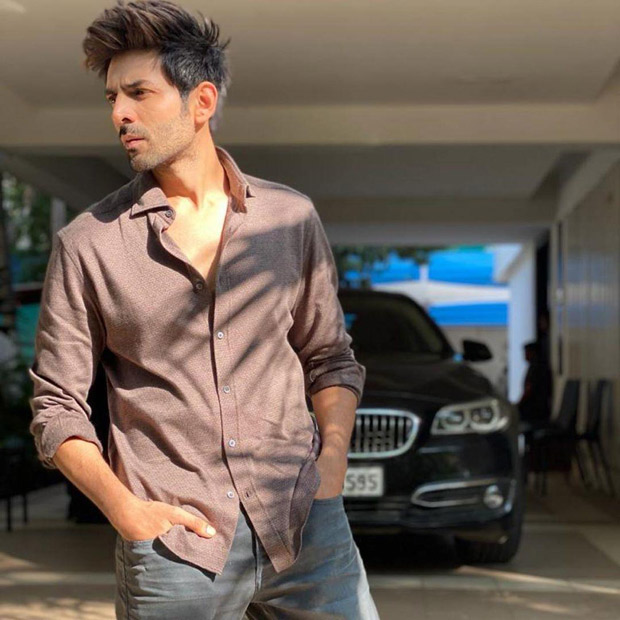 In a video shared by him on Instagram, the actor dresses up as Raghu, one of the two characters that he is playing in the film. As the caption suggests, he is too excited to be visiting his 'Desh'! He channelizes the inner kid of 90's as he wears a colourful striped shirt with broad colours and terry-cotton trousers. Add to that his ear-stud! Anyone got reminded of Salman Khan? Well, he is also seen lip-syncing to Salman and Madhuri Dixit's hit track ‘Dekha Hai Pehli Bar’ from Saajan. "खम्मा गणी..पधारो #Raghu के देस.. मिलिए Rajasthan के रघु से," he wrote.>

Kartik can't stop laughing, neither can we!

In another video shared by him, he and Sara are both seen shaking a leg to the recreated version of Twist at a Jaipur College while the students cheer.