Kartik Aaryan seems to have taken inspiration from Ranveer Singh. For all those who remember, Ranveer arrived late for the trailer launch of Sooryavanshi and touched Akshay Kumar and Ajay Devgn's feet to apologise. This created a wave of laughter amid the audience. At the recently held press conference of IIFA, we saw Kartik doing the same, to Katrina Kaif! 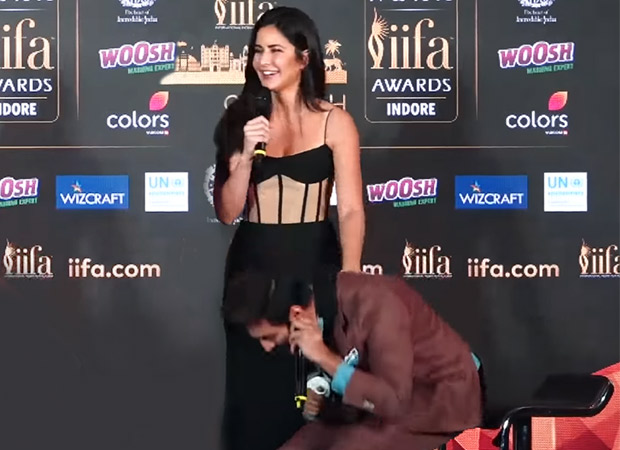 Kartik, after undergoing a small surgery on his right hand, was headed to the press conference, but reached late. As he and Katrina got seated on the stage, Kat told him he first had to apologise for coming late. We actually see Kartik touching Kat's feet, and he also does a few brief sit-ups as a punishment! "Yesterday Ranveer touched everyone’s feet, now I’ll touch yours. I am so sorry," he is heard saying. Watch the hilarious video below!

The other day, Ranveer funnily remarked that he was reaching from far as his wife lived in town. Katrina drew that reference and asked Kartik if he also lived in town. The actor answered that he was still under the effect of anaesthesia and had even forgotten his own address!

This year's IIFA awards will be held on March 19th-21st, in Indore.